Here's How Microsoft Will Allow Some To Bypass Windows 11's TPM 2.0 Requirement

The pending release of the next generation of Windows is not without a bit of controversy. Microsoft has been receiving some backlash for requiring that PCs embrace the latest Trusted Platform Module (TPM) 2.0 technology in order to run Windows 11, which not everyone is happy about. As it turns out, however, there will actually be some exceptions to the rule.
What's the big deal with TPM, anyway? It is an added layer of security at the hardware level, provided either by an actual TPM chip on the motherboard, or baked into the central processing unit (CPU). Intel, for example, has been implementing TPM into its CPUs since its Haswell chips, which were released back in 2013.
By default, most motherboards disable TPM on consumer platforms, and that is causing a lot of PCs to fail the PC Health Check app Microsoft released to see if your system is compatible with Windows 11. Fortunately, in most cases the solution is mostly simple—just dip into your motherboard's BIOS, find the appropriate setting (it could be labeled as PTT), and enable it. 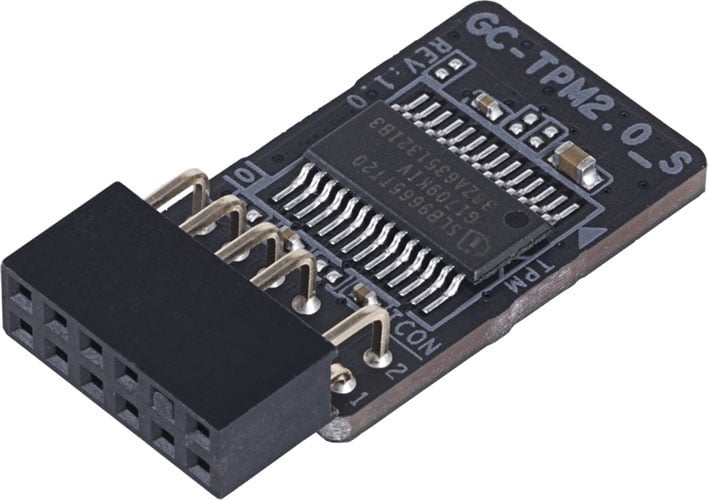 Will this really be required when Windows 11 ships, though, or will Microsoft reverse course? So far, every indication is that Microsoft is holding firm to the TPM 2.0 requirement. That said, Microsoft did outline potential exceptions in a new document outlining Windows 11's minimum requirements (PDF). Have a look...

"A UEFI firmware option to turn off the TPM is not required," Microsoft writes. "Upon approval from Microsoft, OEM systems for special purpose commercial systems, custom order, and customer systems with a custom image are not required to ship with a TPM support enabled."
Microsoft has left the door ajar for Windows 11 PCs to exist without TPM 2.0 being enabled. How prominent these end up being remains to be seen. Specifically, we're curious if OEMs will ship Windows 11 PCs in the US with TPM disabled, or if this is mostly aimed at system builders in certain territories.
It is certainly an interesting situation. Ever the opportunist bunch, scalpers have taken to selling TPM 2.0 chips on eBay for highly inflated prices. Don't panic and buy one if your PC fails the compatibility test, though. Assuming you own a relatively modern system, it most likely comes down to a setting in the BIOS. Even if that is not the case, you might as well wait until Windows 11 ships later this year to see if the requirement changes, or if TPM 2.0 chips become more plentiful.

Sidestep The TPM 2.0 Requirement In Windows 11 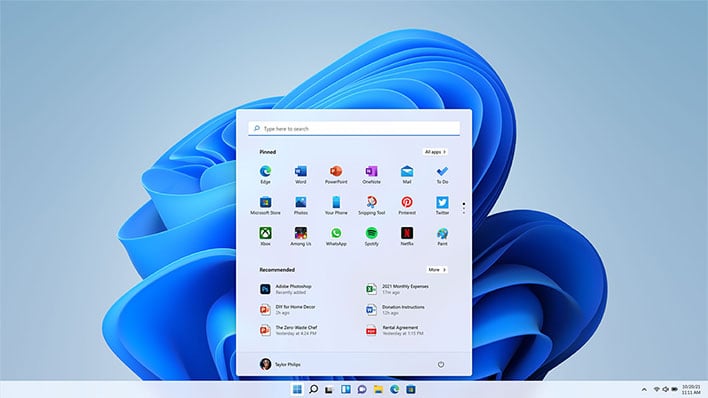 There are a couple of other potential avenues to installing Windows 11 on systems that either lack TPM 2.0 hardware, or have it disabled and want to keep it that way, at least on the leaked ISO that is making the rounds. The folks at Windows Latest discovered that editing the registry during setup can sidestep the requirement.
During setup, a message will appear saying "This PC can't run windows 11" because it does not meet the minimum requirements (in this case, it failed the TPM check). When that screen comes up, follow these steps...
The other workaround is to modify the actual ISO file. If going that route, you need to overwrite the appraiserres.dll file in the Sources folder with the same file from a Windows 10 ISO, then recreate the image.
Bear in mind that while both of these methods presumably work with the leaked ISO (we have not had a chance to test them ourselves), it is entirely possible that Microsoft blocks them from working with the final version of Windows 11. However, it is also possible that alternative workarounds manifest when Windows 11 ships later this year, we'll just have to wait and see.