Destiny 2: The Witch Queen expansion will be here in a little over three weeks and we have finally learned more about new weapons and armor. Google Adsense appeared to have accidentally leaked a glimpse into the new gear, but we now have something more official to chew on. Bungie has released a Destiny 2 trailer that shows off a bit of the new weapon crafting system and some of the new gear.

The trailer starts with Savathûn the Witch Queen asking “What is the relic on Mars?” She quickly responds with the statement, “The power to create your own weapon.” The trailer then shows off a Guardian choosing between various perks on the weapon. These appear to be the same perks and masterworks that currently exist in the game. It is still unclear whether or not players will be able to unlock multiple perks at once and then switch between them, but we at least now have confirmation that many of the perks we know and love will be available in the expansion. 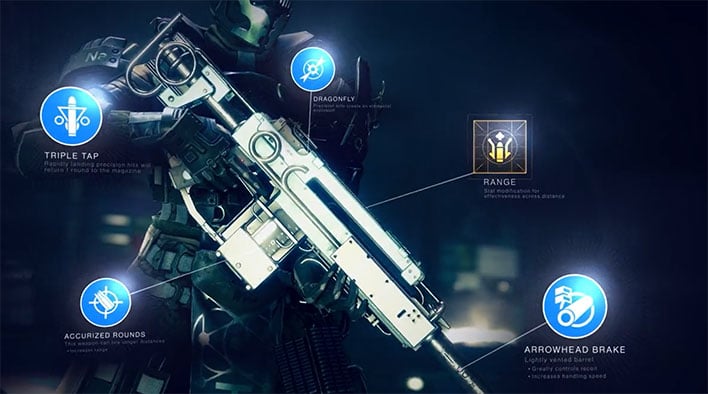 The trailer then shows off many of the new exotic weapons and armor pieces that were seen in the Google ad. The first weapon is the Grand Overture, a slug launcher that “charges full auto missiles.” This was the weapon we initially theorized would either be a machine gun or linear fusion rifle. We believe that this will likely be a heavy weapon.

The second weapon is the Parasite. The Parasite is a “worm launcher with increasing damage.” This is perhaps the weapon we are most excited about as it literally shoots a Hive worm at enemies. The worm appears to cause an explosion in the trailer amongst a group of Hive. 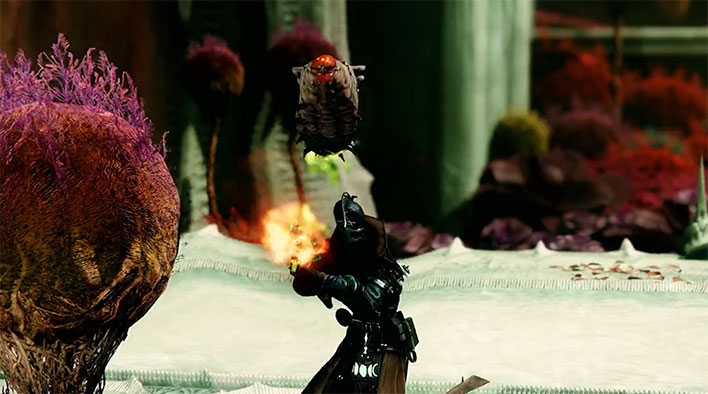 We finally know more information about the Exotic Submachine Gun the Osteo Striga. It creates “swarming projectiles [that] trigger a toxic burst.” We theorized that this weapon would be like the Exotic Hand Cannon Thorn, and there are indeed similarities. Enemies who are hit by the bullets from the weapon appear to spread a toxic poison to other enemies.

Perhaps the most exciting revelation from the trailer is the information about the new Glaive weapon type. We at first thought the Google ad was showing off different Glaive elemental types. However, it appears that each class will have access to a unique Glaive. The Titan Glaive is called “Edge of Action” and produces a protective shield that appears similar to the existing Ward of Dawn. The Warlock Glaive “Edge of Intent” deploys a “healing turret.” The Hunter Glaive referred to as the Edge of Concurrence creates a “tracking chain lightning.” The Hunter Glaive is especially interesting as a feature like chain lightning would typically be associated with Warlocks. 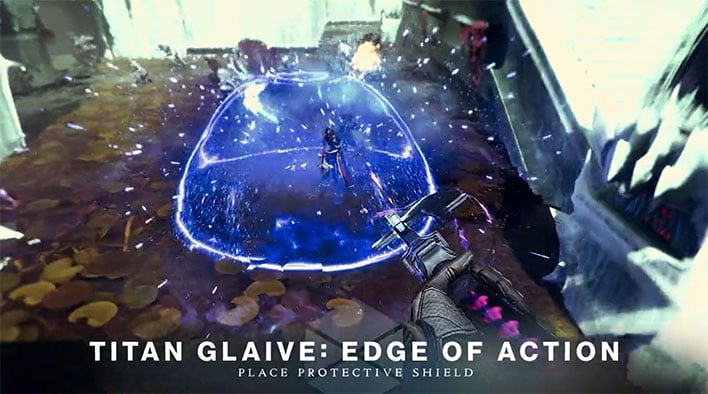 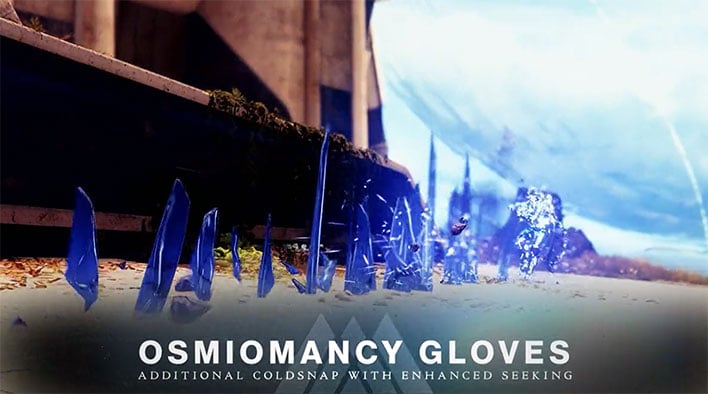 It is unclear if Bungie originally planned to release this trailer today or did so because of the accidental Google ads. Either way, we are excited to see some of the new gear in action. We would imagine that Bungie will reveal more about the gear and weapon crafting in an upcoming This Week at Bungie (TWAB) post.