Destiny 2:The Witch Queen launched yesterday and it may have been the game’s biggest launch yet. According to player count websites, the game surpassed one million concurrent players. Destiny 2 servers managed to survive relatively well despite this massive influx of players.

Destiny 2 players have been eagerly anticipating the launch of the Witch Queen expansion, but were ready to wait in a long queue. Bungie community manager Dylan Gafner (aka dmg04) tweeted earlier this month, “Prepare for a queue. Yes, we have time to stress test our servers and prepare them for the thundering herd of Guardians signing in to challenge Savathûn, but seriously…” This warning was reiterated multiple times over the past month, and was unsurprising given that many players had waited a long time during the launch of the previous expansion Beyond Light. There were lengthy queue times hours after Beyond Light had launched and players were frequently kicked from that queue. Players were also prepared for the error codes that are often common with the launch of any new expansion or season. 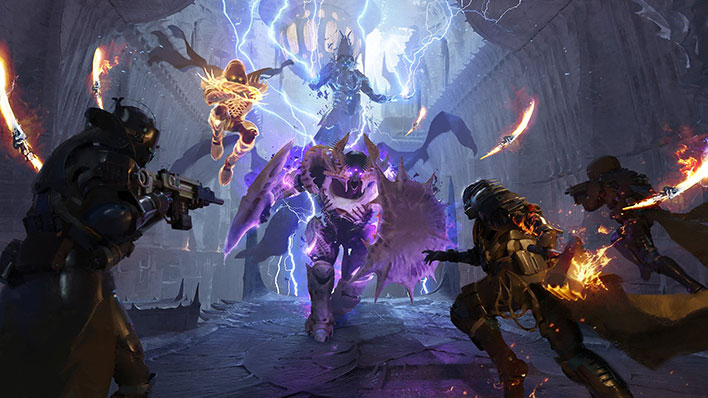 Bungie claimed that players may need to wait in the queue for several hours before they could access the new content. However, many players who were ready at launch time were able to get to battling Savathûn in under an hour. We personally logged on in the evening and experienced no wait queues. This was very different from our Beyond Light launch experience where we needed to wait in a temperamental queue for nearly an hour even though we had logged on several hours after initial launch.

The launch was not without its issues. BungieHelp tweeted that it was investigating an issue in which “PC performance optimization apps for graphic cards and fan speed control are causing Destiny 2 to crash.” It recommended that players restart their applications and games. It also noted that “some PlayStation players may crash when HDR is turned on. Turning off HDR should resolve this issue.” There were also a variety of error codes that popped up throughout the day, but most of the problems were short lived. We personally only experienced two main problems. First, it was difficult to preview items like emotes, shaders, etc. They simply were not appearing on screen. Second, ourselves and many other players experienced an error code around 7:15pm EST which kicked us from the game. Thankfully we were able to log back on relatively quickly and the progress from our story mission had been saved.

Overall, the launch of Witch Queen was pretty smooth and most of the issues were either brief or expected, even as concurrent player counts topped 1.1 million (and 289,895 on Steam, nearly matching its all-time peak in 2019). We would imagine that Bungie and Sony are popping open a bottle of champagne right now. Stay tuned to our site for updates and guides on the Witch Queen expansion.