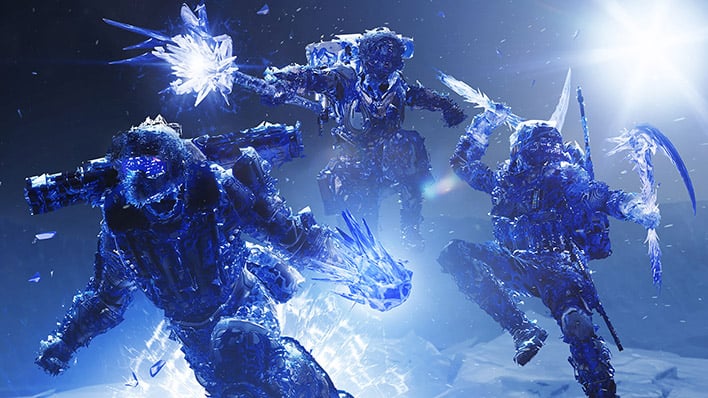 Destiny 2’s Beyond Light expansion introduced something entirely new to the game -- a darkness subclass dubbed Stasis. Stasis is particularly different from the Light-based subclasses in that it can be customized through Fragments and Aspects. Beyond Light has introduced a handful of Aspects and Fragments, but Bungie has confirmed that they plan to add even more.

Luke Smith from Bungie recently stated in an interview that “Our intention is to add more.” He further noted that several Aspects and Fragments will be released over the next year. Players thankfully do not need to wait until the Witch Queen expansion to get their hands on these Aspects and Fragments. Smith further elaborated that the developer’s goal is to provide more overall customization to players. He commented that Kevin Yanes, the Sandbox Discipline Lead on Destiny, has described the new system as “diet Materia from Final Fantasy 7.” 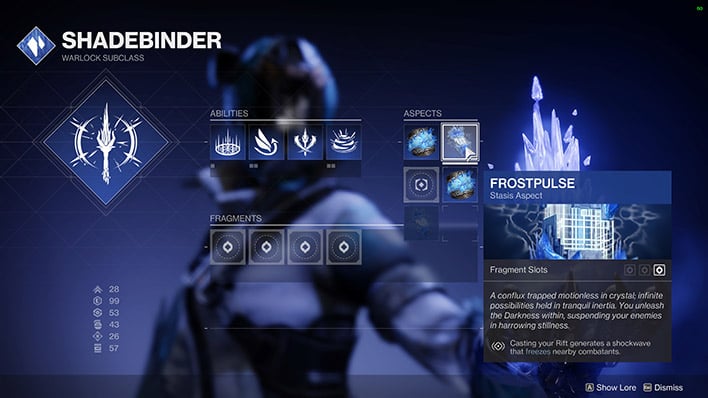 Aspects and Fragments allow players to customize Stasis to fit their gameplay. Aspects are class-specific mods while Fragments are class-agnostic. There are currently two Aspects per class and six Fragments. Each Guardian has two Aspect slots and each Aspect features anywhere from zero to three Fragment slots.

These are the current Aspects in the game:

Hunter
Titan
Warlock
The Aspects must be acquired through the Born in Darkness questline, while Fragments can be earned through weekly quests from the Exo Stranger. Guardians can select up two two quests per week and the quests are related to Strikes, Gambit, and/or Crucible. All of these quests can take a while to work through, but the payoff so far has been worth it. The new system has been well received players who have long been asking for more chances to customize their Guardians. It will be exciting to see what the developers add to the game and how Aspects and Fragment may impact future Darkness subclasses.