If you’re the owner of the recently released Dell XPS 17 9700, you may have noticed some issues with regards to charging when running CPU intensive tasks. Most would expect that a laptop would drain its battery when you’re not plugged in to a charger, but new XPS 17 9700 owners are experiencing battery drain while actually charging.

The issue was first noticed by the folks at Notebookcheck while playing The Witcher 3 at 1080p resolution. The XPS 17 9700 comes with a 91 WHr battery, and the publication charged the battery to 100 percent and left it attached to its 130W wall charger before starting the game. Once they started playing the game, it was noted that maximum power draw was measured at 135W, just slightly over its 130W rating. 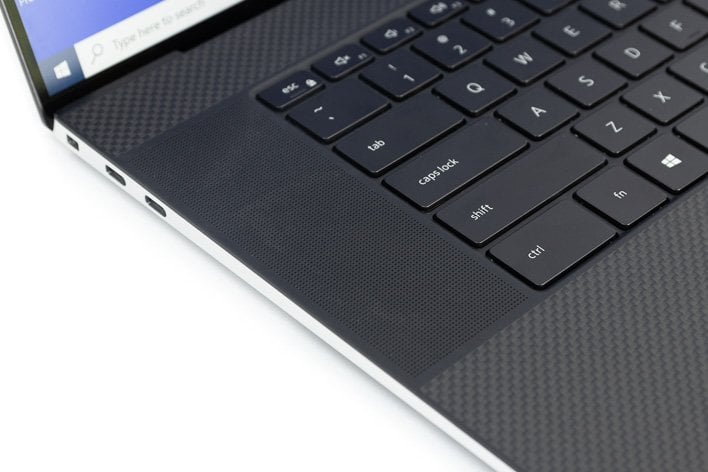 It was also discovered that the wall charger was only spitting out 105W, which means that after a two-hour gaming session, the 91 WHr battery had been drained down to 65 percent (60.5 WHr). After first questioning that there was an issue with charging, Dell has stepped up and admitted to problems with both the XPS 17 9700 and the Precision 5750.

Dell has issued the following statement regarding the matter:

Dell has identified an issue on a limited quantity of XPS 17 9700 laptops and Precision 5750 mobile workstations where users may notice their battery depleting at a higher than expected rate under sustained heavy workloads and while connected to AC power. Dell has rectified the behavior, and current orders for the products are unaffected. Dell will contact customers with potentially affected systems for resolution. Customers may also contact Dell Technical Support for assistance.

While it’s admirable that Dell has rectified the issue, and systems shipping now are not affected, current customers aren’t so lucky. This doesn’t appear to be an issue that can be fixed with a simple firmware/software update, and likely requires hardware modifications; hence why customers will need to get in contact with Dell. This probably means that customers will have to ship their brand-new systems off for repair, which can be a bit of a hassle – especially if the system is needed for work.

For customers currently experiencing power drain issue, you can reach out to Dell Technical Support right here. And for our review of the XPS 17 9700, be sure to check it out here.