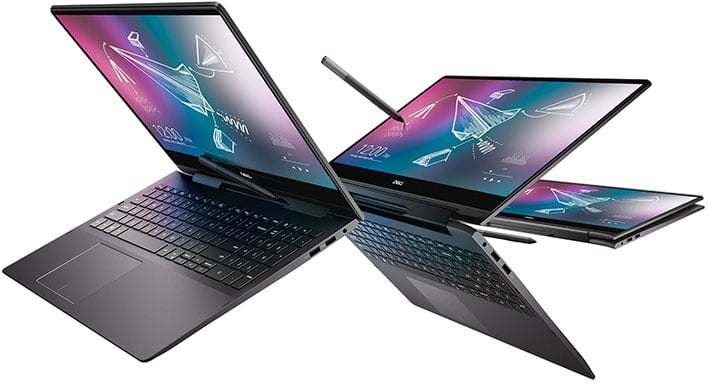 How many times are we going to spy leaked benchmarks for Intel's upcoming Tiger Lake processors? At least one more time, apparently. Once again, the unreleased Core i7-1165G7 has made a cameo in a benchmark database, this time by hitching a ride on an upgraded Dell Inspiron 7506 2-in-1 system that is also not yet available (as configured).
It is actually a pair of benchmark leaks that give us yet another glimpse of the Core i7-1165G7, along with a Core i7-1135G7, both spotted by Twitter user APISAK. The first one comes by way of a UserBenchmark database entry. Have a look...

According to the benchmark entry, the Core i7-1165G7 is a 4-core/8-thread processor with a 2.8GHz base clock and average 3.8GHz boost clock. Past leaks have pegged the max boost clock at 4.4GHz, with the other specifications being the same as we are seeing here.
As the benchmark entry shows, there are insufficient samples to determine relative performance. That said, the single-core score of 173 compares nicely a Core i7-1065G7, which averages 127 points. Things are a little closer in the dual-core scoring, with the Core i7-1065G7 scoring 297 points and the Core i7-1065G7 averaging 256 points. 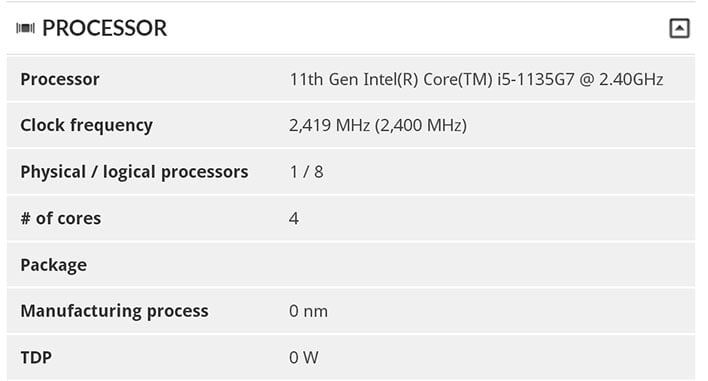 The image posted from a 3DMark benchmark entry only shows the specifications, which point to a lower end Core i5-1135G7 sporting 4 cores and 8 threads clocked at 2.4GHz (base). There is no indication of the boost clock or TDP.
Both of these Tiger Lake processors will be marketed as 11th generation chips. They are built on Intel's enhanced 10-nanometer manufacturing node, feature Xe graphics (the same underlying architecture that will power Intel's upcoming discrete graphics), and will supplant Ice Lake (also based on 10nm) in the mobile space.