Once Intel lifted the curtain on its Alder Lake processors, it took Dell all of a nanosecond to introduce upgraded desktop systems built around the chip maker's latest silicon. This isn't just a motherboard and CPU swap, though. Looking beyond the foundational components, Dell retooled its new XPS Desktop with a bigger chassis to facilitate better cooling in a few different ways.
Chief among them is a bigger chassis. The XPS Desktop mid-tower is physically 42 percent larger than the previous iteration (27L versus 19L). This gives the internal components more room to breathe, in a sense, especially if opting for a decked-out configuration with Dell offering flagship CPU and GPU options (more on that in a moment). 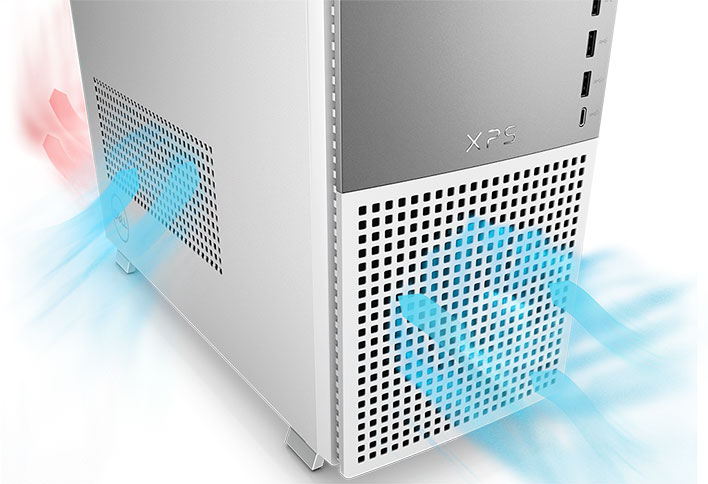 Dell is also using larger, faster-spinning fans, and is now giving users the option of an all-in-one liquid cooler for the CPU. Combined with what Dell is calling an "open architecture" and strategic venting placement (Dell adding some side ventilation to draw in more air), Dell says its retooled XPS Desktop is both cooler and quieter than before.
It's more powerful, too. Dell is offering "monstrous performance" with up 12th Gen Intel Core i9 Alder Lake processor options, and up to an NVIDIA GeForce RTX 3090 or AMD Radeon RX 6900 XT graphics card. So if you have the coin, you can spec out a flagship foundation. Otherwise, tamer configurations are available (start at a Core i5-12600K and GeForce GTX 1650 Super). 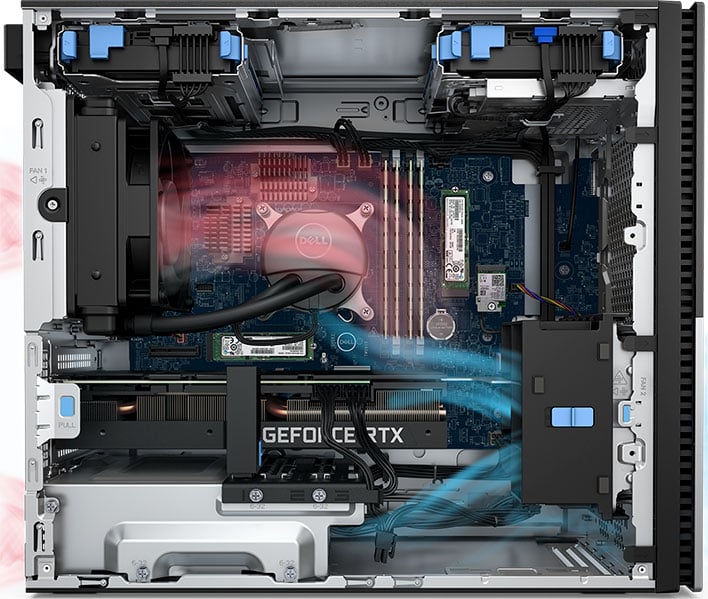 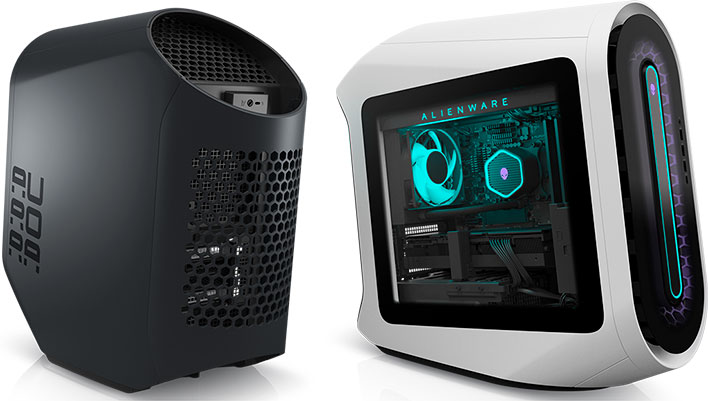 Dell is also offering upgraded Alienware Aurora desktops, including the Aurora R13 and Ryzen Edition R14. We covered the design of the revamped Alienware Aurora PCs in details earlier this month, which like the XPS Desktop, are bigger and built for better cooling.
As to the core hardware, the Aurora R13 maxes out with up to a Core i9-12900K/KF processor, with an optional Aliewanre Cryo-tech Edition CPU liquid-cooler. GPU and RAM options are the same as the XPS Desktop (up to 128GB DDR5 and up to a GeForce RTX 3090 or Radeon RX 6900 XT), but the chassis is certainly different. It leverages what Dell has dubbed its Legend 2.0 industrial design, with 1.5X more internal volume than the previous generation.
AMD gets the same Legend 2.0 treatment with the R14 Ryzen Edition. It's offered with up to a Ryzen 9 5950X processor, up to 128GB of DDR4-3200 memory, and the same GPU and storage options.
Pricing has yet to be announced for either system.