Deal You Can't Refuse: Mafia Is Still Free To Claim On PC But Only If You Hurry

We're a bit late on this one (apologies!), but in case you missed it, the original Mafia game is free to claim on Steam right now. That's the kind of offer that is too good to refuse, but the caveat is that time is running out—you only have until 1:00pm ET (10:00am PT) to add the classic game to your Steam library, after which it goes back up to $14.99 (it's yours to keep if you add it in time).

Note that this is not the more polished Definitive Edition that released a couple of years ago. You'll have to pony up some cash if that's the version you're after. However, the original Mafia game that released a decade ago still looks reasonably good for its age, and is a blast to play. Many consider it the best organized crime game ever released (though admittedly it's a genre with a limited sample size). 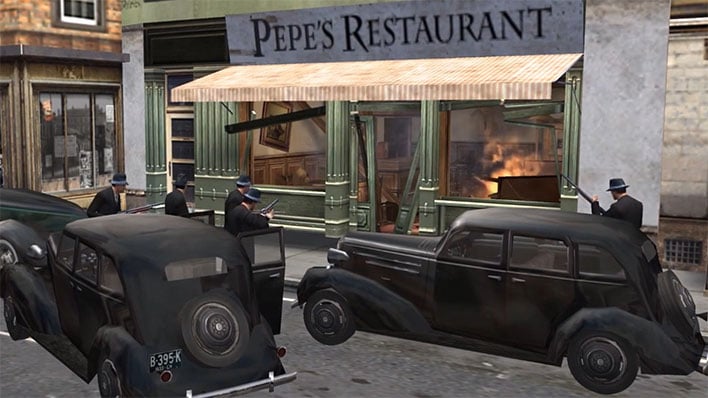 Mafia (Classic) is free to claim on Steam today until 1:00pm ET
Developed by Illusion Softworks and published by 2K in August 2002, Mafia takes players back to 1930 as Tommy Angelo, a foot solider in pursuit of becoming a made man in the seedy Salieri family. There's more than a dozen of miles to explore as you traverse a fictional American city based on Depression-era architecture and culture.
"As a daring getaway driver, get behind the wheel of more than 60 historically-inspired cars featuring realistic physics and real-time damage. Complete those grittier jobs with more than a dozen weapons at your disposal. Choose from baseball bats, sawed-off shotguns, magnums and the renowned Tommy gun to deal with any wise guy who dares to cross you," the developers explain.
Note that some of the music has been stripped out of this release due to copyright concerns. This doesn't affect gameplay in any meaningful way, though if this is a sticking point, there's at least one mod out there that will restore the original music (we won't link to it, but it's easy to find via a Google search).

2K announced the freebie offer on Twitter to celebrate the game's 20th anniversary. There are two other main titles in the series, Mafia II and Mafia III, and it's recently been confirmed that a fourth installment is in the works. It's not clear if it will be called Mafia IV or something else, only that it's in development albeit is "a few years away."
In the meantime, here's how you can get up to speed on the Mafia universe...
If you're only interested in the Definitive Edition releases and want all three, Steam is selling a trilogy bundle for $23.99 (save $26). You can access it through any of the non-Classic links above. Additionally, there's a free demo for Mafia III, with any saved progress transferring to the full game if you make the leap. Just note that these sale prices are only valid until September 8, 2022.