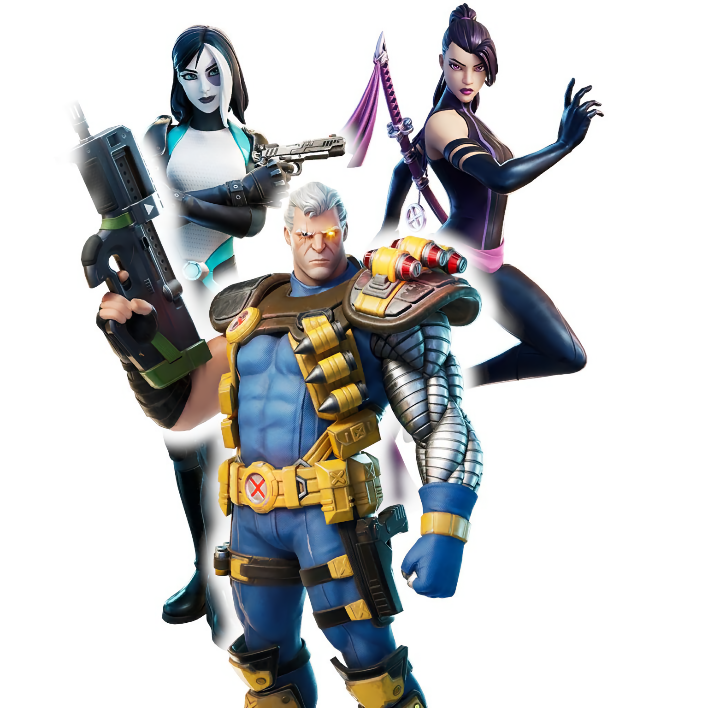 We reported earlier today that Epic Games will be extending Season 2 Chapter 2 through early June, which wasn't originally planned. With that in mind, the developers have a few more skins that they are planning to squeeze out before Season 3 is finally upon us.

If you've been following the Fortnite scene recently, then you know that the Deadpool skin was finally unlocked nearly two weeks ago. The "Merc with a mouth" entered the fray with dual pistols blazing and katana blades for slicing up opponents (and chimichangas).  Now we're learning that Deadpool will soon be joined by some of his Marvel-backed crew thanks to skins that leaked with the v12.40 update.

Other members of the X-Force are coming including Cable, Psylocke, and Domino. Cable has been a popular staple in the X-Men comic franchise, and is probably most familiar to the larger populous for his appearance in the Deadpool 2 movie as the time-traveling mutant with a chip on his shoulder (where he was played by Josh Brolin, who also portrayed/voiced Thanos in the Marvel Cinematic Universe).

Domino is an assassin with luck on her side, and was played by Zazie Beetz in Deadpool 2. Finally, Psylocke is known for her telekinetic powers (she can form psychic weapons using just her mind powers), and was played by Olivia Munn in the film X-Men: Apocalypse. If that wasn’t enough, there’s also an X-Force themed Deadpool skin (with or without his mask on).

There's no given timetable for the release of these X-Force skins, but we’d imagine that Epic will sprinkle them out over the next few weeks.