Fortnite's Deadpool Skin Is Now Available For All, Suit Up For Dual Pistol Packin' Action! 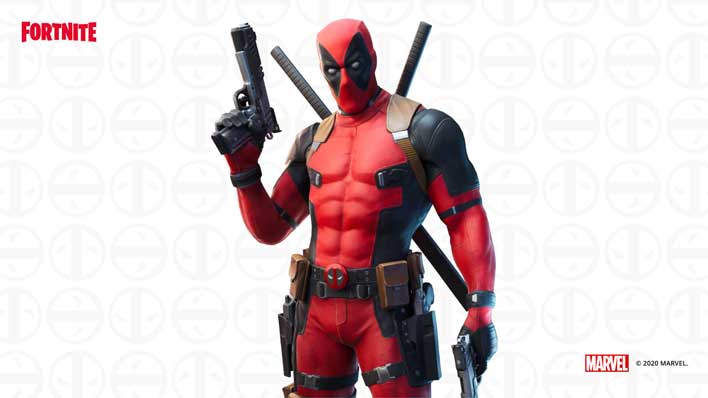 Epic also says that players who want to party can get the newly remixed Freestylin' Lobby Track as a free reward. Epic says that Fortnite Deadpool fans will be able to use the Dragacorn Glider, known as "Sparkle Thunder," or enjoy the Deadpool mini-scooter motorbike emote. Players that complete the challenges available this week will be able to unlock the skin.

The challenges include finding Deadpool's pistols or entering a phone booth or porta-potty to change into the Deadpool skin. For those wanting to find Deadpool's pistols, one of them can be found near the Challenge Table in the main HQ screen. It's on the floor close to the lost chimichanga. The second of the pistols is through the door on the top left of the first screen, where players can access Agents from the current season Battle Pass.

Deadpool's pistols are a new weapon in the game and can be used during matches. All the player has to do unlock the skin is find them, and enter the previously mentioned porta potty or phone booth to change into everyone's favorite Merc with a mouth. We mentioned yesterday that a leak had already tipped some details about the reveal of the Deadpool skin.