As Earth's orbit continues to get more and more crowded with space debris, Apple co-founder Steve Wozniak looks to answer some of the looming questions that go along with it. Privateer is a startup that looks to study and classify space debris in an attempt to head off the Kessler Syndrome.

Earlier this week a Russian ASAT destroyed one its own satellites and created a debris field that had the astronauts and cosmonauts aboard the International Space Station (ISS) under a yellow warning as it passed by the debris several times. NASA and the United States Department of State both issued statements denouncing the action as being reckless.

Back in September Steve Wozniak and co-founder Alex Fielding announced the startup Privateer. The Hawaii based company is looking to launch several hundred satellites of its own (over time) in an attempt to characterize space debris. Privateer will use a number of data sources including crowdsourced information and data collected by its own satellites.

Privateer Chief Scientific Adviser Moriba Jah explained, "We want to basically be a company that's focused on decision intelligence by aggregating massive quantities of disparate and heterogenous information, because there's something to be gained in the numbers." Some of this information will be purchased from other sources, Jah indicated.


But exactly what is it that has the likes of Steve Wozniak and others so concerned? There are some scientists and others who are worried that due to the amount of satellites and debris that already exists, and the added number of other objects that are being added on a regular basis, that we are on the precipice of the Kessler Syndrome. This is where the amount of space debris becomes so great that it inevitably begins causing collisions in Earth's orbit resulting in even more space debris. This could lead to a very dangerous situation for astronauts and satellites, and could make it near impossible to launch future ventures into space. 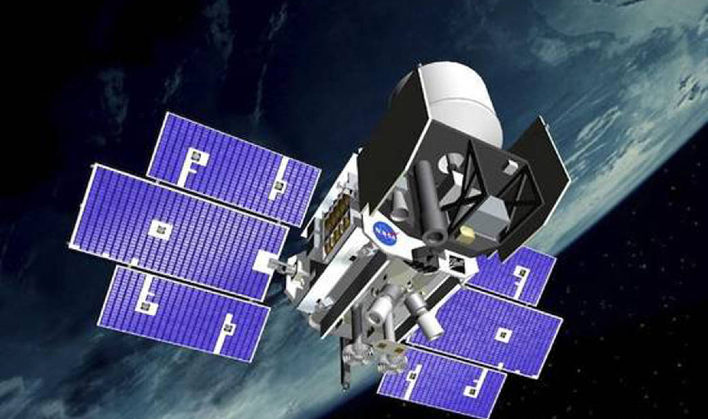 The Kessler Syndrome was first introduced by former NASA scientist Donald Kessler and Burton Cour-Palais when they laid out the scenario in a seminal 1978 paper. Collision Frequency of Artificial Satellites: The Creation of a Debris Belt spoke to the possibility of satellite collisions increasing as more and more spacecraft enter into Earth's orbit. As each collision occurs, it simply adds to the debris field and thus increasing the odds of another collision.

Kessler and Cour-Palais wrote, "Satellite collisions would produce orbiting fragments, each of which would increase the probability of further collisions, leading to the growth of a belt of debris around the Earth. The debris flux in such an Earth-orbiting belt could exceed the natural meteoroid flux, affecting future spacecraft designs."

Monday's incident involving a Russian ASAT was not the first instance where a satellite was destroyed in space causing space debris. In 2007 China intentionally destroyed one of its weather satellites that created over 3,000 trackable pieces of debris. In 2009 the Russian satellite Cosmos 2251 struck Iridium 33 communications craft and produced almost 2,000 pieces of space debris. This is coupled with the fact that companies like SpaceX continue to send satellites into Earth's orbit. SpaceX already has nearly 1,800 satellites for its Starlink internet network alone, with more coming.

it is all the cluttered orbital space junk that has prompted Privateer to take a closer look at what is going on just beyond Earth's atmosphere. Jah stated, "The catalogs of objects out there all treat things like they're spheres. We're going to take it beyond the sphere, to what the thing more realistically looks like and is." This information will be then used to make Earth's orbital space a safer place while improving information on just how long pieces of space debris will stay aloft.

Jah went on to explain that the information that Privateer hopes to collect will also lead to a more clear understanding of situations like what occurred on Monday with Russia's ASAT. Instead of simply saying that the explosion in space and the debris field that was left behind caused a dangerous situation for those on the ISS, officials would be able to provide clear and unambiguous details as to why this was the case. This could prove to be essential in the future as the problem with space debris inevitably continues to grow.