Original Article: Long before Apple had a market cap approaching $2.5 trillion, the Apple-1 debuted, designed by Steven Wozniak and built by Steve Jobs. They made 200 of them in total, most of which are likely gone forever, rotting in a landfill. A few remain, however, and they're fetching big money. One of them went up for auction today, already hitting $225,000 within two bids. It's estimated to fetch between $400,000 and $600,000.
What makes this particular model even more rare is that it's encased in a special type of wood. 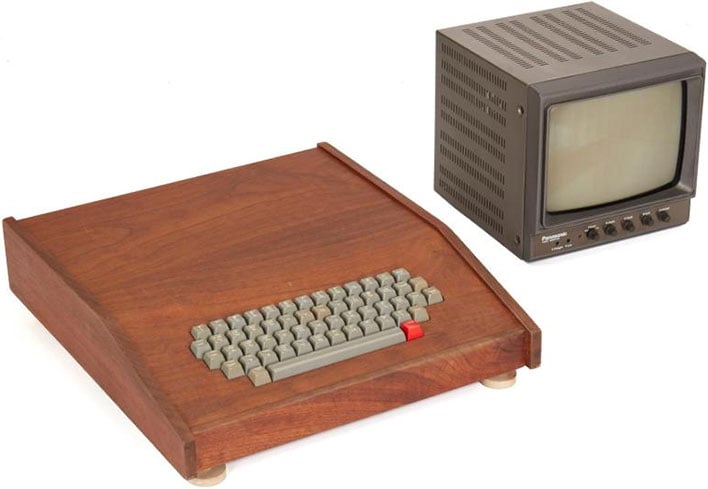 "The wooden case that houses this computer is made from Koa wood and is in very good condition. In the 1970s Koa wood (native to Hawaii) was abundant on the west coast, but due to cattle grazing and extensive logging, the Koa tree is rare and more expensive. There are only six known examples of the Koa wooden case in existence, and this unit is one of them," auction house John Moran Auctioneers explains.
These days, Koa wood is mostly sourced from dead or dying trees, and from private lands. Apple's unlikely to return to its...roots with another wooden model. 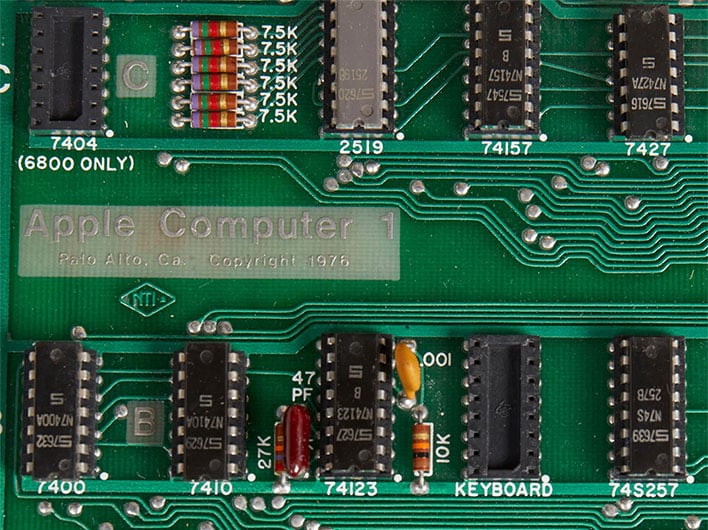 That propels this model into ultra-rare status. It's only had to owners over the past 45 years, the first being an electronics professor at Chaffey College, who sold it to a student in 1977 for $650. Now several decades later, that former student is cashing in the collector's item for a major payday, with the so-called "Chaffey College Apple-1" having undergone an authentication, restoration, and evaluation process en route to auction. 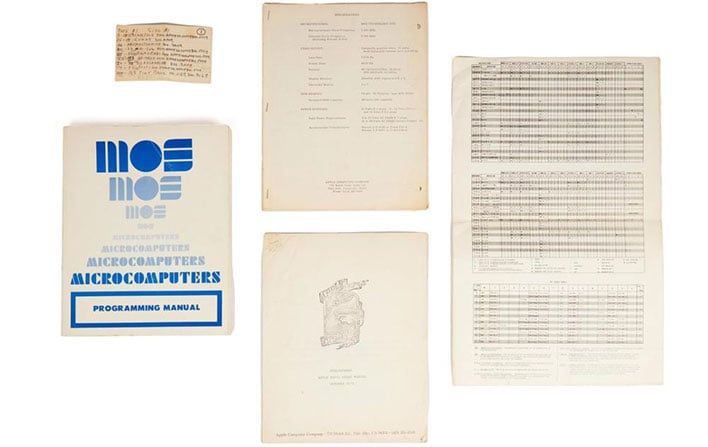 It still has its original components, including blue Sprague 39D capacitors, power regulators, rare "Circle D" ceramic .01 capacitors, and an Apple Cassette Adapter. The system is accompanied by a period Xerox copy of the Apple-1 Basic manual, operations guide, MOS 6502 programming manual, and a pair of Apple-1 software cassette tapes with a period hand-written index card noting the memory locations for software. And it comes with original video, power, and cassette cable (16 pieces in total).
If life's been good to you and you want to own a piece of computing history, you can head over to the Apple-1 auction site and place your bid, after you've been vetted. Just don't expect it to stay close to $225,000, the current high bid. In past auctions, Apple-1 computers have sold for as much at $905,000.