The somewhat fractured nature of the real time ray tracing on the PC is coming to a head with the upcoming release of Cyberpunk 2077. We've known for quite some time that CD Projekt Red would support ray tracing effects in Cyberpunk 2077, and the company has been working closely with NVIDIA to enable support on GeForce RTX 20/30 Series hardware.

However, we're getting the somewhat disappointing news this weekend that Cyberpunk 2077 ray tracing support will be exclusive to GeForce RTX cards at launch. Some might be a bit confused considering that Cyberpunk 2077 isn't using some propriety NVIDIA implementation of RTX ray tracing. Instead, the developer is using the industry standard DirectX Ray Tracing API that is part of DirectX 12 Ultimate. 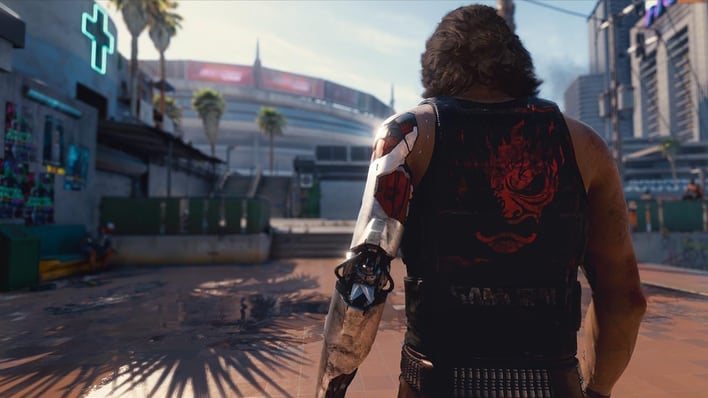 When asked about ray tracing support for AMD Radeon RX 6000 graphics cards, this is the response one of the CD Projekt Red developers said in response via Twitter:

Not for the release but we are working together with AMD to introduce this feature as soon as we can.

At this point, we can understand why support isn't enabled at launch. NVIDIA GeForce RTX 20 hardware has been on the market for over two years, and developers have had plenty of time to test for performance and any peculiarities of the architecture. AMD’s Radeon RX 6800 and Radeon RX 6800 XT just launched to the public earlier this week, and it's feasible that at least a few PC game developers received early prototypes prior to the public launch. However, it likely wasn't early enough to help CD Projekt Red test for compatibility with its game engine.

The big takeaway here, however, is that DirectX Ray Tracing support will eventually make it to Cyberpunk 2077, even if we don't have a definite timetable. CD Projekt Red is working on 9 versions of the game -- Xbox One/X, Xbox Series S/X, PS4/Pro, PS5, PC, and Stadia -- so its plate is already full.

Cyberpunk 2077 is hopefully on track for a December 10th release, including a same-day release on Google Stadia.