Cyberpunk 2077 Delayed Again By CD Projekt Red, But You Can Still Preorder The Game For $10 Off 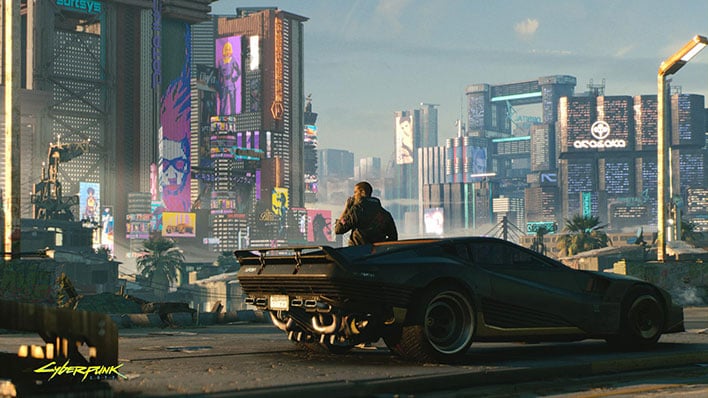 Tell us if you've heard this one before... Cyberpunk 2077 has been delayed again. Once we heard that Cyberpunk 2077 had gone gold, we had wrongfully assumed that we wouldn't be faced with any more potential delays. But CD Projekt Red today confirmed our worst fears, indicating that the game will no longer be released on November 19th. Instead, it will now be released on December 10th barring any other unforeseen obstacles.

"Most likely, there are many emotions and questions in your heads, so, first and foremost, please accept our humble apologies," the company explained in a tweet. Adam Badowski and Marcin Inwinski went on to blame the sheer number of versions that it has to develop for and test on for the delays. "The biggest challenge for us right now is shipping the game on current—gen, next-gen, and PC at the same time, which requires us to prepare and test 9 versions of it (Xbox One/X, compatibility on Xbox Series S/X, PS4/Pro, compatibility on PS5, PC, Stadia)."

We have important news to share with you pic.twitter.com/qZUaD6IwmM

Unsurprisingly, much of the blame was placed on the COVID-19 pandemic, which has forced the development team to work from home, further putting a monkey wrench its plans. "Since Cyberpunk 2077 evolved towards almost being a next-gen title somewhere along the way, we need to make sure everything works well and every version runs smoothly.

"We're aware it might seem unrealistic when someone says that 21 days can make any difference in such a massive and complex game, but they really do."

The developers even addressed the issue of why there is a delay when the game has already reached the gold master stage, to which they responded, "It doesn't mean we stop working on it and raising the quality bar." In the end, the primary goal is to make a game that looks great across all platforms, runs reliably, and has a minimum number of show-stopping glitches at launch. In CD Projekt Red's eyes, it figured that most people won't mind waiting the extra three weeks to get a game with more polish.

"We feel we have an amazing game on our hands and are willing to, make every decision, even the hardest ones, if it ultimately leads to you getting a video game you'll fall in love with."

While this news is disappointing, we have the feeling that gamers are just going to suck it up and wait it out. There's nothing like it coming out on the horizon, and the game should really shine with next generation consoles like the Xbox Series X and the PlayStation 5, along with high-end PCs rocking NVIDIA GeForce RTX 30 Series GPUs or the Radeon RX 6800 family.

And for those of you that didn't get your preorder in already, Amazon still has Cyberpunk 2077 available at a $10 discount on PlayStation, Xbox, and PC platforms: