AMD is cooking up a fancy "Hangar 21" tech demonstration designed to show off the advanced graphics capabilities of its RDNA 2 architecture, and namely things like real-time ray tracing with realistic lighting, shadows, and reflections. The full demo, whatever it might entail, will drop in a couple of days. For now, you can check out a 43-second teaser.
Check it out...
"Coming November 19, the 'Hangar 21' technology demo video will let you see the breakthrough AMD RDNA 2 gaming architecture in action, the foundation of the AMD Radeon RX 6000 Series graphics cards that power the next generation of gaming with mind-blowing visuals featuring realistic lighting, shadows, and reflections enabled by AMD FidelityFX and Microsoft DirectX 12 Ultimate," AMD says.
Beyond that, we do not have any information on what the upcoming demo will be like, such as whether it will be a playable demo, or a longer showcase. Either way, we are certainly intrigued to see what RDNA 2 can accomplish with advanced rendering techniques. Up to this point, real-time ray tracing in gaming has mostly been the sole domain of NVIDIA and its GeForce RTX cards, including its latest generation GeForce RTX 30 series.

There have been a few exceptions. Technically, some of NVIDIA's GeForce GTX cards support ray tracing with the latest GPU driver software, but obtaining quality, playable experiences are few and far between on GTX hardware, as they lack dedicated hardware (RT cores) designed specifically to handle ray-traced workloads. 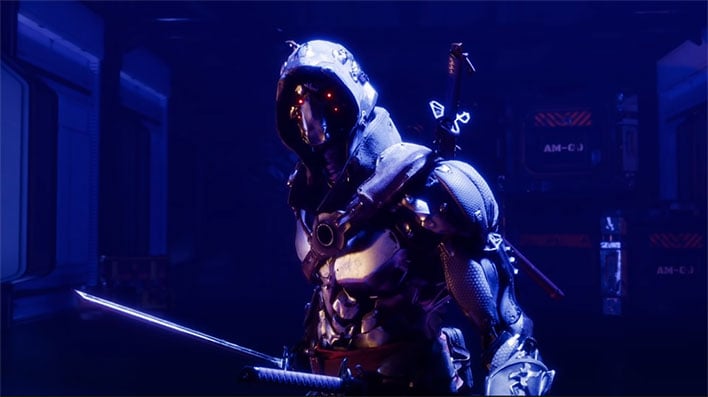 AMD's tech demo takes leverages its FidelityFX technology and Microsoft's DirectX 12 Ultimate application programming language (API). What that essentially means is that the Radeon RX 6000 series can tap into the latest advanced graphics technologies for next-level visual splendor.
The question that remains, however, is how will enabling real-time ray tracing effects impact performance, and that is not something that will be answered with a one-off tech demo. Related, we will be curious to see how ray tracing performance on RDNA 2 compares to Ampere.
Or put another way, stay tuned folks.