Amazon launched its new shooter called Crucible only a couple of months ago, and the studio behind the game has now announced the game will move back into closed beta. Crucible hasn't been a popular game since it launched with concurrent player numbers reportedly hovering around less than 200 players per day. As for why the developers are pulling the game back into closed beta status, Colin Johanson wrote in a post on the official Crucible website that the move would allow the team to focus on providing the best possible experience for gamers.

Developers intend to work directly with players of all skill levels who are playing the game to make the game better. Johanson wrote that the devs would continue to work on the roadmap laid out previously working on map, combat, and system changes to improve the Heart of the Hives experience. Heart of the Hives is the only game mode that remains after the other two modes the game launched with were eliminated shortly after launch. 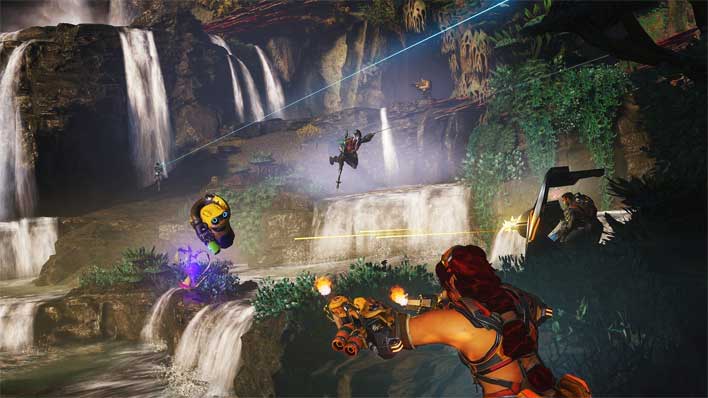 For those 200 daily players who enjoy Crucible, the developer says that the gameplay experience will be pretty much the same once the game is back in closed beta. One significant change is that developers are going to schedule dedicated time each week to play with the community and solicit feedback. The game will be available 24/7, allowing users to self-organize matches with other players. Players are also invited to the Discord server to help find other players to queue against.

Crucible will still launch via Steam with no new download required, and all progress and customizations that existing players have earned along with battle pass, reward tracks, and in-game store content will continue to be supported. Players will be able to stream the game, share screenshots, and talk about their experience during the beta. A community council consisting of beta participants ranging from casual players to highly competitive players will be organized.

Gamers on the community council will work closely with the developers to help improve the game. Anyone wanting to get into the game who hasn't already downloaded and played will need to do so before 9 AM Pacific today. Developers promise the game will exit beta with changes and upgrades based on feedback and metrics the team sees in the game. Pulling a game back into beta only months after it first launched is a surprising move, and it remains to be seen if Crucible can be saved.