The coronavirus lockdown around the world has been hard on everyone. Anyone still stuck at home looking for a new video game to play may want to give the new release, Crucible, from Amazon Game Studios a go. The video game is free-to-play and will be available to download on Steam today at 12PM PST.

Crucible was developed by Relentless Studios and is a team-based action shooter that is driven by the choices players make. Each match in the game is a fight for survival and control. Players have to fight against their enemies to survive, while fighting what the planet throws their way. The game will force players and their teammates to work together to take down alien creatures, capture objectives, and fight their enemy. 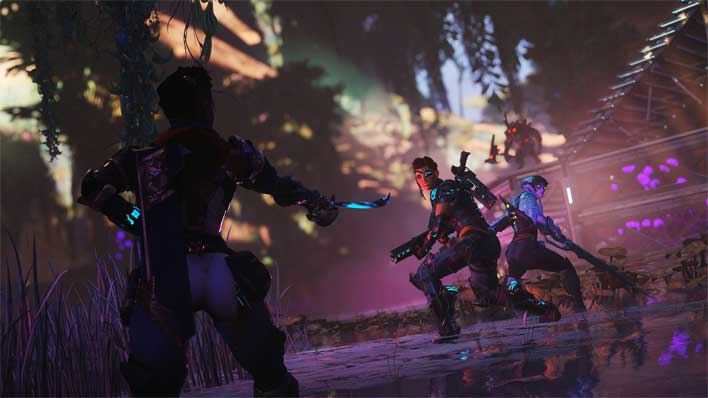 The game has ten hunters, each with their own unique abilities that players can choose how to use during a match. Each match begins on a level playing field with every hunter having their full array of weapons and abilities at their disposal. Before each match, players can select upgrades to unlock as they level up. The upgrades allow the player to define how their hunter fights. Players will gather Essence from creatures they kill or by controlling objectives. The more Essence collected, the faster players will level up.

Crucible players will have three game modes to enjoy, including Heart of the Hives, Alpha Hunters, and Harvester Command. Heart of the Hives has players fighting hives that spit out drones during the match. Players need to destroy the drones and capture the hearts they leave behind to win with the first team to capture three hearts the victor. Alpha Hunters starts with eight teams of two that fight to the last team, or the last hunter standing. Harvester Command has players trying to control Essence harvesters scattered around the planet. Each Harvester a team holds cancels one the opposing team controls. Crucible was announced earlier this month and sounds like an exciting game fans of multiplayer shooters might want to check out. Crucible can be downloaded for free via Steam.