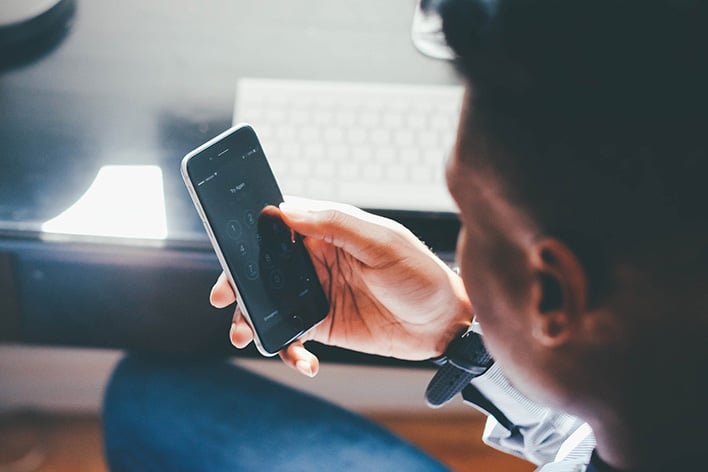 The debate over whether smartphone owners should be legally compelled to involuntary unlock their handsets for law enforcement rages on, and advocates that they should just scored a key victory in New Jersey. In a 4-3 vote, the New Jersey Supreme Court ruled that a former police office accused of tipping off a gang member via text messaging is not protected by the Fifth Amendment, and must unlock his phone.
Robert Andrews was at one time an Essex County sheriff's officer. Prosecutors allege he had ties with a street gang member named Quincy Lowery, a suspected drug dealer who was ultimately arrested in 2015. Lowery told prosecutors that he had communicated with Andrews about the investigation before his arrest.
According to Lowery, he and Andrews were members of the same motorcycle club. Lowery told investigators that Andrews frequently communicated through FaceTime, and during one of those conversations, Andrews told him to dump his cellphones because the authorities were doing wire taps. Lowery also said that Andrews once advised him to check underneath this car for a tracking device.
Lowery's testimony underpins the crux of the argument against Andrews being able to use the Fifth Amendment to protect his own cellphones (there are two of them that authorities want him to unlock). The state's legal team argued a case law known as the "foregone conclusion exception," which in this case meant that the text messages were a foregone conclusion following Lowery's testimony. Authorities already knew them to exist, in other words.
"The issue is one of surrender, not testimony, and that the foregone conclusion exemption to the Fifth Amendment thus applies," Justice Lee A. Solomon wrote for the majority.
Justice Solomon wrote that the passcode itself had "minimal" value as evidence, nothing that "this was no fishing expedition." The state knew of the texts, and the only thing preventing them from seeing the messages was not knowing the passcode.
This was not a unanimous decision, however, and it could have far reaching implications. Notably, Justice Jaynee LaVecchia wrote a sharp rebuke.
"We are at a crossroads in our law. Will we allow law enforcement—and our courts as their collaborators—to compel a defendant to disgorge undisclosed private thoughts—presumably memorized numbers or letters—so that the government can obtain access to encrypted smartphones?," LaVecchia wrote. "In my view, compelling the disclosure of a person’s mental thoughts is anathema to fundamental principles under our Constitution and state common law."

This is a debate that will continue. It almost came to a head when the Justice Department sued Apple in an attempt to force the company to unlock a smartphone that was used by one of the San Bernardino shooters, but the case was ultimately dropped.