The race to build the fastest PCIe 4.0 SSDs for the PC market rages on, with key players like Samsung, TeamGroup, and Corsair pushing the envelope on a seemingly weekly basis. Corsair is the latest to strike with its MP600 PRO XT.

The MP600 PRO XT brings attention to itself for a rather beefy (and stealthy) heatsink mounted to the PCB. Corsair says that the reason for this is to more efficiently dissipate heat, which helps to deliver sustained high performance without throttling. However, if you want to go over the top with cooling, Corsair says that the MP600 PRO XT is compatible with its Hydro X Series XM2 Water Block. Going this route will allow you to integrate the SSD with a custom cooling loop if you don't find the stock heatsink to be sufficient. 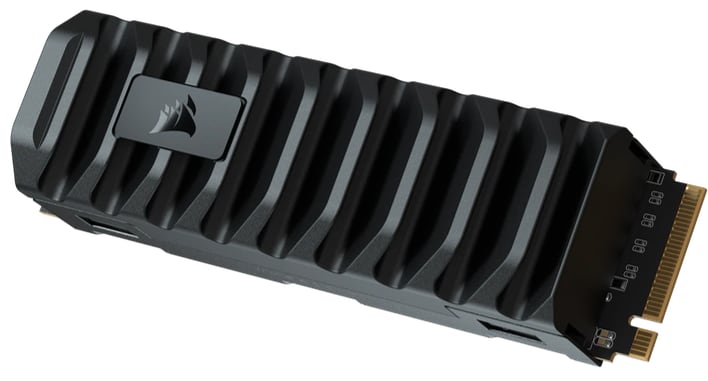 So what kind of performance should you expect? Corsair boasts that sequential read speeds top out at 7,100MB/sec while sequential reads can reach 6,800 MB/sec. For reference, the T-Force Cardea A440 Pro Special Series reaches speeds of 7,400MB/sec and 7,000MB/sec, respectively. But at this point, both SSDs are incredibly fast, and it's unlikely that many will notice the differences in the real world.

Corsair uses high-density 3D TLC NAND with the MP600 PRO XT and is confident that the SSDs can deliver up to 3,000TB written endurance. The company is also backing the MP600 PRO XT SSD series with a 5-year warranty.

According to Corsair, the MP600 PRO XT will be available in 1TB, 2TB, and 4TB configurations priced at $199, $399, and $989, respectively. You can purchase the SSDs direct from Corsair, or its retail partners. Although Amazon doesn't yet have listings available for the MP600 PRO XT, Newegg has activated product pages for the entire family. Unfortunately, Newegg lists all of the SSDs as currently out of stock.