The coronavirus has been a devastating force that has killed nearly 6,000 people around the globe, with the most deaths occurring in mainland china (3,085 deaths). Not only has the coronavirus taken a huge human toll, but it has upended financial markets around the world, and is paralyzing our way of life. From schools closing, to restrictions on movement with cities and long-distance travel, to the cancellation of major sporting events – everyday life is being changed in a big way.

Nowhere is this even more evident than Italy, which has the second-highest death toll amid this global pandemic (1,441 deaths). To help control the spread of the virus, Italy has shutdown schools across the country and has added restrictions on movement outside the home, which in turn means that there are millions of school-age children lounging around with plenty of extra time on their hands. 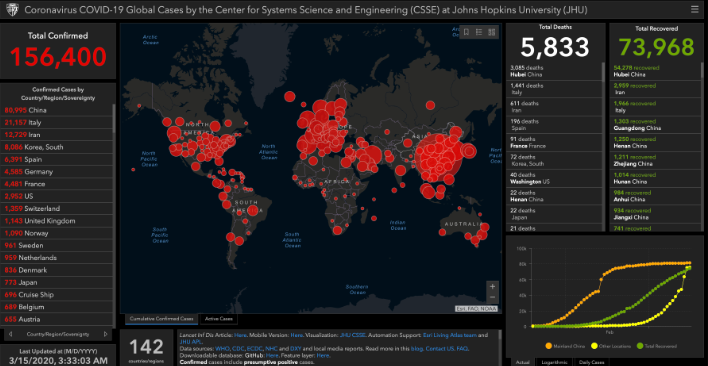 Unsurprisingly, many of these kids are turning to video games to help pass the time, with popular titles like Fortnite and Call of Duty taking up a huge chunk of their time -- and internet bandwidth. In fact, Italy's primary internet service provider (ISP) -- Telecom Italia SpA -- has seen its network usage balloon by two-thirds during the past two weeks according to Bloomberg.

“We reported an increase of more than 70% of Internet traffic over our landline network, with a big contribution from online gaming such as Fortnite,” said Telecom Italia's Chief Executive, Luigi Gubitosi.

Further compounding matters is that these kid gamers are all downloading massive updates for these software titles in large numbers. Given that some of these updates can be up to 25GB in size, it shouldn't come as a surprise that the ISP has seen some difficulty under this unplanned increase in load. There were reports of outages across the country under the increased strain, but Telecom Italia responded, stating that its network was "working perfectly and with higher volumes compared with previous days."

Here in the United States, ISPs like AT&T and Spectrum have removed data caps for their broadband services as more Americans are forced to work from home, or stay home due to school closings. Comcast is even making its Internet Essentials program for low-income American's free for 60 days, while also boosting download/upload speeds.