Add Control To Your Library On The Epic Game Store For Free, Here's How

We have a high opinion of Control, the game developed by Remedy Entertainment and published by 505 Games in 2019. When we explored the title, we called Control a visually stunning ray-traced gem of a game, noting that Remedy did a masterful job of creating an engrossing world that looks outstanding. If you still haven't played it, now is your chance to add it to your games catalog without spending a dime.
No, we're not talking about visiting a sketchy download site or a five fingered discount at GameStop (good luck finding a boxed copy, anyway). Instead, Control is the latest free game at the Epic Games Store. All you have to do is sign into your Epic account (or create one if you don't have one already), head to the Control page in the storefront, click the Get button, and then complete the checkout process.
Epic Games is giving away the base game, which normally goes for $29.99. This is one of the more desirable free titles that has come through the storefront. There have been some other notable ones at different points in the past, such as Grand Theft Auto V, Watch Dogs 2, The Arkham Trilogy, Hitman, and others, and you can add this one to the list. 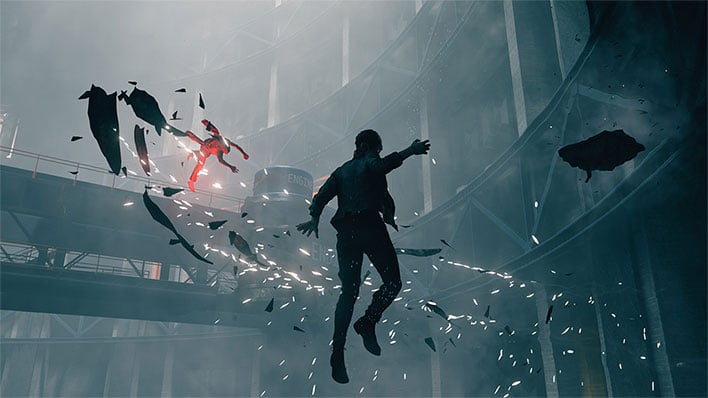 Control is free at the Epic Games Store, and the expansions packs are 50% off

Control is a third-person action-adventure game that has you assume the role of Jesse Faden, who is assigned the director of the Federal Bureau of Control (FBC), a secretive government agency that investigates the paranormal. It has been overrun by an other-worldly presence, and as Faden, you have access to some supernatural powers.
"This supernatural 3rd person action-adventure will challenge you to master the combination of supernatural abilities, modifiable loadouts and reactive environments while fighting through a deep and unpredictable world," Remedy explains.
You can also purchase a couple of expansions for a discounted price right now. Both The Foundation and Awe are priced at $4.99 each (down from $9.99), though if you do not already own one, the better value is to pick up the Season Pass for $7.49 (down from $14.99), which includes both expansions.
Control will be free for a week, until June 17 at 11:00 am.