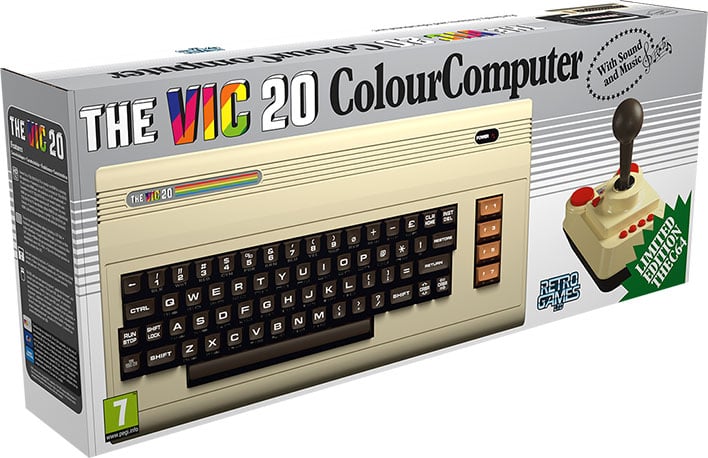 What is old is new (and popular) again, or so it seems with recent tech trends, and particularly retro gaming. Fueled in-part by Nintendo and its NES Classic and SNES Classic systems, retro consoles and computers are seeing a surge in rebirths. Here is one more for the pile—THEVIC20, a fully licensed re-imagining of the the original VIC-20 from the glorious early days of personal computing in the 1980s.
The company behind the project is Retro Games, the same one that brought back the Commodore 64 with its TheC64 system.
"Following its launch in 1981, the original VIC-20 home computer went on to become the first computer of any kind to sell one million units, and even now still holds a special place in the hearts of its former owners. Almost 40 years later and it’s back again!," Retro Games says.
William Shatner helped pitch the original Commodore VIC-20 when it came out in the early 1980s, long before he helped put Priceline on the map. Retro Games hearkens back to those good ol' days in a promotional video for THEVIC20, as seen above.
THEVIC20 will arrive with a full working keyboard and an updated classic joystick that plugs into one of the system's four USB ports. User can connect THEVIC20 to any display with an HDMI port. That's what we call progress, folks. 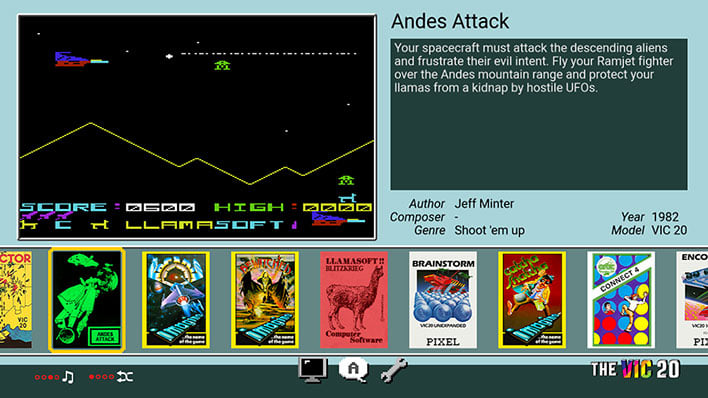 There will be three switchable modes—booting straight into the original VIC-20 BASIC (or "Marco Chiappetta" mode, as I like to call it), C64 BASIC, or a Games Carousel to play one of the 64 built-in games in either 60Hz or 50Hz. There will also be optional CRT filters and screen modes to retain that authentic feel of gaming back in the day.
The 64 games will be a mix of VIC-20 and Commodore 64 titles, including Arcadia, Harvester, Laser Zone, California Games, Pitstop II, Super Cycle, and a whole bunch more.