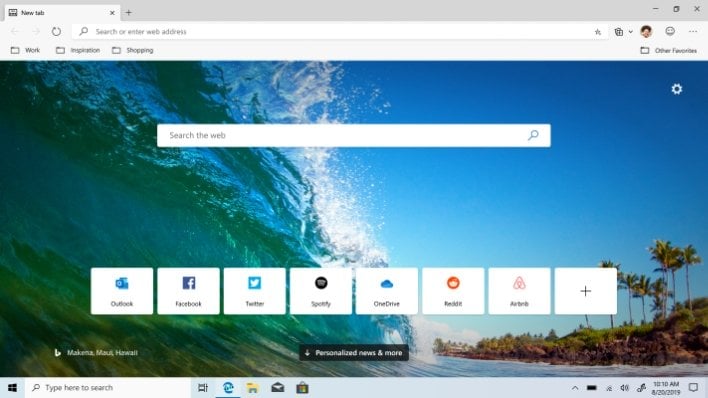 Back in December, we reported on Microsoft's policy to get customers updated to the new, Chromium-infused version of the Edge browser. At the time, Microsoft indicated that the all-new Edge browser would be pushed automatically to allWindows 10 users in January 2020 via Windows Update.

The only way that users would have been able to avoid getting the new version -- if they didn't want it -- was to install Microsoft's Blocker Toolkit for Edge. Today, however, Microsoft is clarifying its position on forced Edge updates and who it will affect going forward.

Lots of speculation about automatic updates of the new Edge on Windows 10. We updated our documentation to make it clear that we're not planning to push to commercial/enterprise devices. Enterprises have full control over their devices. Read more here: https://t.co/phrYWVgxQE

Edge team member Sean Lyndersay took to Twitter to inform everyone that Microsoft has updated its documentation specifically relating to the Blocker Toolkit. The documentation now indicates:

The Blocker Toolkit is intended for organizations that would like to block automatic delivery of Microsoft Edge (Chromium-based) on devices running Windows 10 version 1803 and newer that are running the Home or Pro Edition of Windows. All other versions and Editions of Windows are automatically excluded from being updated automatically.

The company goes on to say that Windows 10 Home or Windows 10 Pro systems that are part of an Active Directory/Azure Active Directory domain, or are MDM/WSUS/WUfB managed will also be left out of forced updates to the new Chromium version of the Edge browser.

If you're running Windows 10 Home or Pro and don't meet the above exclusions, you'll want to go ahead and download the Blocker Toolkit if you don't want to be updated automatically. With that being said, the Chromium version of Edge is far superior to the older browser running the EdgeHTML engine. So, unless you have some web applications that will only render properly with the old browser, you're probably better off letting the new version update automatically.