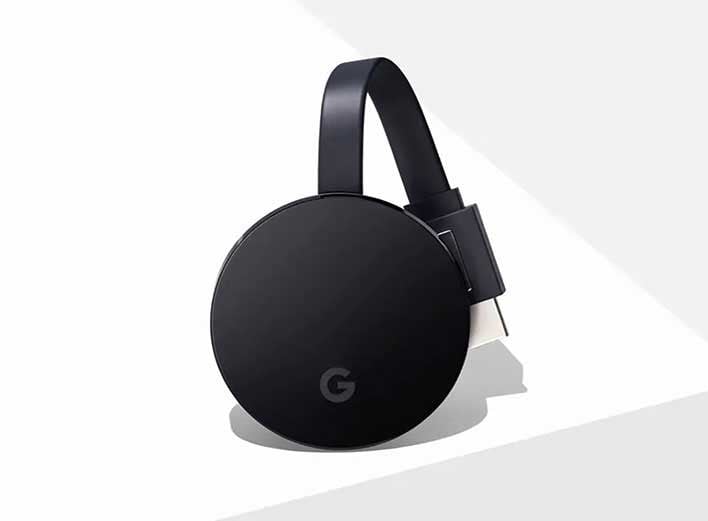 A new rumor is going around that claims Google is planning to launch a second-generation Chromecast Ultra during 2020 that will be based on the Android TV operating system. The source claims to be familiar with the product and says that it will be a dongle similar to the current form factor with one significant change that fans of the current device will appreciate. The second-generation Chromecast Ultra is supposed to come with an external remote (finally).

The device is reportedly codenamed "sabrina," and it will support 4K HDR content. It will also have the Bluetooth and Wi-Fi connectivity that you would expect of such a device. The remote control is said to resemble a cross between the Daydream View remote and an Apple TV remote; hopefully without the touch-sensitive controls of the latter.

The rumors also say that there will be a dedicated Google Assistant button on the remote that will allow the control of content using voice commands. The remote is also universal allowing it to be programmed to work your TV as well. The design of the new device is said to be softer and rounder, making it more in line with current-generation Google hardware.

According to the source cited by 9to5Google, the second-generation Chromecast Ultra will also support access to apps like YouTube TV, Netflix, Disney+, Hulu, and more. As for pricing and availability, that is a mystery at this point. The assumption is the device would've launched at Google I/O 2020 alongside the Pixel 4a. However, Google cancelled that event due to fears surrounding the coronavirus outbreak. Google's tech event isn't the only one to be canceled due to coronavirus; GDC 2020 was canceled as was Mobile World Congress 2020.