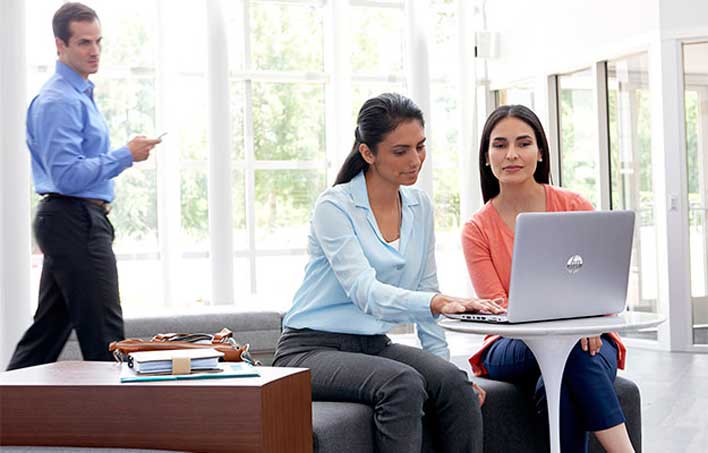 Chromebooks are becoming a popular option for consumers (and especially educational institutions) thanks to their portability and often lower prices than comparable Windows machines. CES 2020 has seen several Chromebooks unveiled, and more will certainly be coming in the future. A report talks up the possibility of a new Chromebook developed under the codename Drallion and has a cool new feature: an electronic privacy screen.

One of the biggest worries for people who work on sensitive projects and need to keep data away from prying eyes by preventing people from looking over their shoulder. To help protect privacy, multiple companies make aftermarket privacy filters that can be attached to the screen of any laptop. HP has Sure View technology that has been around since 2016 that integrates a privacy layer into the display screen.

The tip about the Chromebook codenamed Drallion came from a Chromium commit that started with a statement that said some upcoming Chromebooks would have an electronic privacy screen toggled with a hotkey. Another engineer then mentioned the Drallion machine and noted that the F12 media key is used to toggle the display privacy layer on and off.

Other Drallion details indicate it will be a touch-enabled laptop or convertible and will use 10th gen Intel Cannon Lake CPUs. Drallion is suggested to be a machine built by contact firm Compal. The Drallion machine may be Dell branded as there is evidence that reportedly claims Drallion is closely related to a Dell Latitude Chromebook codenamed Sarien.