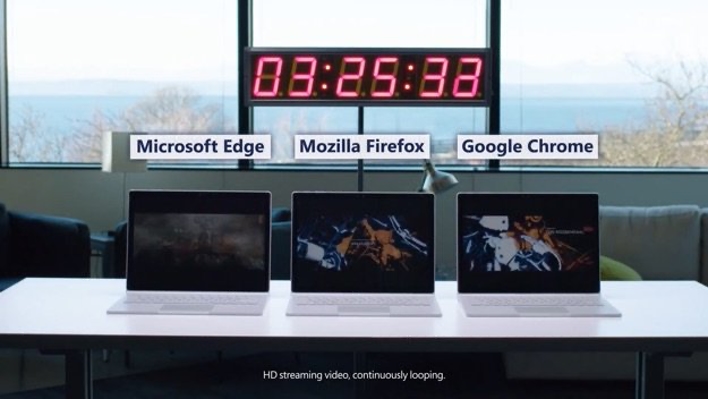 Google Chrome may be the most popular browser out there, but Windows 10 users know that it can be a resource hog. This lack of regard for efficiency is particularly evident when running Chrome on a Windows 10 notebook that is on battery power. Microsoft may have a solution that will end the power and resource-hogging that Chrome is known for.

Last summer, Microsoft noted that it may be possible to reduce Chrome's battery use by eliminating the unnecessary disk caching when watching videos. The caching of video during playback keeps the disk in an active state and consumes power. Microsoft has a second commit that shows it plans to add a check to verify if the device is running on battery.

The commit notes that the goal is to improve battery life and the scope of the change it wants to implement won't impact scenarios where device power is connected. Another change that has been introduced will compare the HTTP response content size to the backend maximum file size and won't cache content when the size is larger than the maximum allowed file size.

The Chrome team is planning to begin experimenting with the Microsoft power saving feature. Chrome engineer "Chrome Cunningham" has confirmed that Google is planning to kick off an experiment in Chrome. An Edge engineer from Microsoft submitted the commit for approval, and it is now active. Exactly when Google will test the battery save feature remains a mystery. The assumption is that any testing will happen with Chrome Canary users before rolling out to all Chrome users.

In other Chrome news, Google announced recently that it planned to begin to phase out third-party cookies.