An interesting new feature is currently rolling out to Chrome users on Android devices that can show the definition of any word in a text passage. When users are reading a text page on the Chrome browser with their Android device, they're able to tap a word to see a definition or knowledge graph information on the bottom of the screen. As of this writing, the feature hasn't widely rolled out.

Depending on the word that users tap, the definition could include a small image. Users typically see a picture of the book if they are receiving a word definition. When the word touched is an object or element, small images are offered. When given a dictionary result, users are also presented with a pronunciation guide. This feature could be great for technical or medical articles people are reading with words they may not be familiar with. 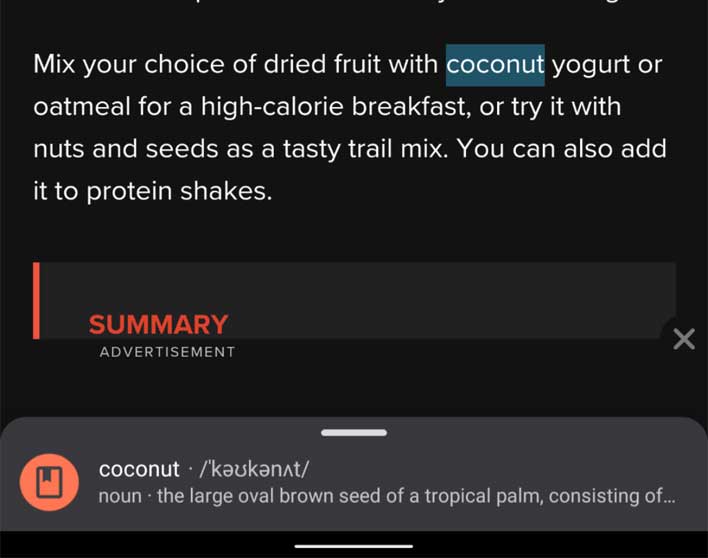 The new tap for definition feature doesn't appear to replace the long-press to search feature that has been present in Chrome on Android for a while. Activating the new feature requires a simple tap, the long-press still calls up the familiar "copy, paste, search" function. The smaller pop-up information screen with the dictionary definition can be pulled up to expand the information, offering a complete definition that appears to be from Google search results.

In other Chrome news, a new Windows 10 feature may finally fix one of the most significant downsides of the Chrome browser by limiting the memory it can consume.