Why is the 18-year streak coming to an end? According to Bloomberg, Activision Blizzard is disappointed in the performance of Call of Duty: Vanguard, which officially released to the public worldwide this past November and received lukewarm reviews from both critics and players. Activision Blizzard also confirmed that the game had failed to meet its fourth quarter projections. Some within the company reportedly fear that they are releasing games too quickly and that newer games are being overshadowed by older titles. It was further noted that the acquisition of Activision Blizzard by Microsoft had no impact on this particular decision.

Call of Duty fans should still have plenty of content to tide them over. A sequel to Modern Warfare 2019 and a “new Warzone experience” will be released later this year. It has also been confirmed that Treyarch, the developer studio behind the now delayed Call of Duty game, is also making a new free-to-play game that will arrive sometime this year. A spokesperson remarked, “We have an exciting slate of premium and free-to-play Call of Duty experiences for this year, next year and beyond. We look forward to sharing more details when the time is right.” 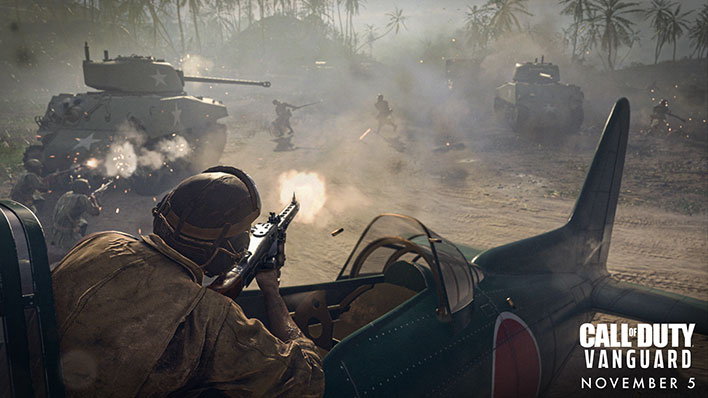 It may be true that Call of Duty games have been released at an unsustainable pace. Nevertheless, one wonders at the timing. Call of Duty: Vanguard launched just a few short months after a lawsuit was filed against Activision Blizzard accusing it of discriminating against female employees and refusing to take the necessary steps needed to protect employees from sexual harassment. This lawsuit has led to multiple resignations, employee walkouts, and consumer boycotts over the last few months.

Even the marketing for Call of Duty: Vanguard attempted to distance itself from its publisher. Many noticed that Activision logos were absent from the general marketing for the game. The game’s trailer opened with the line “Call of Duty presents…” instead of the now classic “Activision presents…” It is possible that some consumers may not realize that Call of Duty is published by Activision, however most fans noticed the conspicuous lack of logos.

We would guess that the issues with Call of Duty: Vanguard are far deeper than merely being released so soon after another similar game. Unfortunately, it is unlikely we will ever know for certain. Regardless, fans of the franchise should not anticipate a new Call of Duty game in 2023.