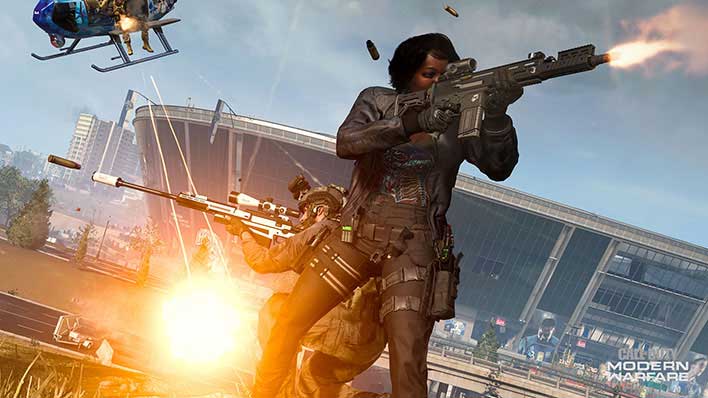 We're already a bit more than halfway through 2020, and expectations are that a new Call of Duty game will be announced this year. While no official announcement has been made so far, the game is reportedly called Call of Duty: Black Ops Cold War. The very first hints at some of the features in the game have surfaced thanks to a dataminer sifting through the code for a pre-beta build of a game called "The Red Door" that was posted to the Microsoft store last week.

A dataminer going by Prototype Warehouse was able to download the files posted for "The Red Door" and has revealed some of the findings gleaned from the code. Those findings give a few details on the Call of Duty game's campaign, multiplayer, zombies, and Warzone tie-ins. The data hints at single-player campaign mode with mission titles and locations called "Ger," "Nam," "Nic," and "Rus." Presumably, those titles reference countries of Germany, Vietnam, Nicaragua, and Russia; all locations that make sense for a game set in the Cold War era. Mission names included "revolution" and "siege."

Prototype Warehouse also found inside the code multiple codenames for multiplayer maps that referenced locations such as the Black Seas, Miami, and Moscow. Other codenames had more generic names, including "cartel" and "satellite." One fan-favorite mode was hinted at in the code that will make fans very happy - Zombies mode.

This year's Call of Duty game, be it called Black Ops Cold War or not, is being developed by Treyarch. It has included Zombies mode in every one of its CoD games since World at War, where the mode was first introduced. Another certainty is that the new CoD game will have a tie-in with Warzone. The battle royale game is meant to tie all games in the franchise together. Warzone was referenced in "The Red Door" code along with the words "forest," "ski slopes," "duga," and "Russia." It's unclear exactly what those codenames reference.