It has been known for quite some time that Destiny 2 developers Bungie have several games in the works. Unfortunately, we know very little about any of its upcoming games. A recent job listing may shed a little light on what Bungie is working on behind the scenes. Bungie published a job posting for someone to work on a new multiplayer action game.

The position is for a “Contract Incubation Sandbox Designer” who would be responsible for helping to design a combat system in an IP (intellectual property) that is still in “incubation.” The job posting drops a few additional fuzzy hints about the game. The new game will be multiplayer and “character-focused.” The game may also include a competitive element. A “familiarity with the competitive gaming landscape/esports” is listed as a “nice-to-have” skill, but not as a required skill.

These various descriptors are of course all very vague. Many different kinds of games could qualify as multiplayer, character-focused, and competitive. However, some have theorized that Bungie could be developing a game that is more similar to Overwatch than it is to Destiny 2. 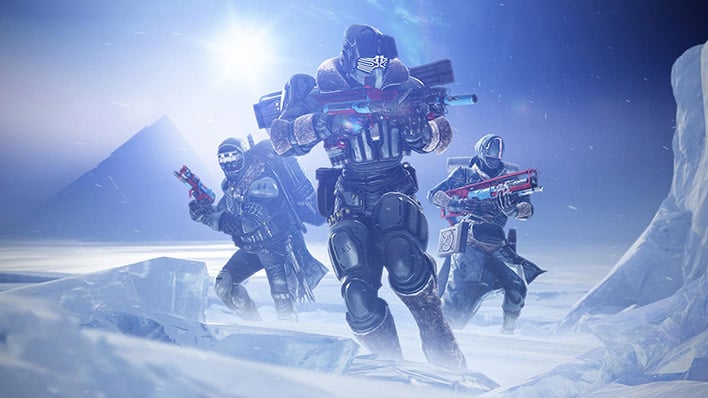 It is unclear if this job is connected to other job postings that Bungie has published in the past. Bungie was looking for a “incubation investment designer,” “incubation senior/lead combat designer,” and “incubation art director” last June. The incubation investment designer was to be responsible for developing a system to deliver armor, weapons, and other loot. The incubation senior/lead combat designer needed to be familiar with “complex game combat systems,” while the incubation art director was supposed to have experience with competitive gaming. It was also noted that the incubation art director was to work on “something comedic with lighthearted and whimsical characters.” Many believed that these job postings were for a Bungie IP called Matter that will supposedly feature RPG game systems. The latest job posting could be related to them or could be for an entirely different game.

Bungie CEO Pete Parsons stated last year that the developers would release a new game sometime in 2025. This game will take place in a world that is supposedly parallel to the Destiny 2 universe. Bungie is growing rapidly and recently announced that it plans to open a publishing and marketing office in Amsterdam. Their team in the United States is reportedly working on multiple projects, including the continued development of Destiny 2. Bungie has promised that they have plans Destiny 2 long after the Lightfall expansion. It appears that we have several games to look forward to from the developer.

Images of Destiny 2 courtesy of Bungie.