Staying at home all the time can get pretty boring, especially if you are streaming TV shows and videos from online services like Netflix, Hulu, HBO Max, and every other provider that has thrown their hat into the streaming ring. If the lack of a streaming stick is holding you back, let's fix that. Ahead of what is actually supposed to be Black Friday, there are deals to be had on a whole bunch of options.
Shown above is one of the cheapest options—it is Amazon's Fire TV Stick Lite with Alexa Remote Lite, on sale for $17.99 (save 40 percent). It is a quick, simple, and effective solution to get streaming. This stick is powered by a quad-core processor and can pull and display content in up to 1080p. It also supports various HDR standards (HDR, HDR10, HDR10+, HLG), and has HDMI pass-through Dolby Atmos audio.
If you want something a bit more fully featured, several of Amazon's other Fire TV products are on sale as well, including the following items...
Both the Fire TV Stick 4K and Fire TV Cube up the ante with support for 4K resolution playback. They also expand the HDR capabilities to include Dolby Vision. The Fire TV Recast, meanwhile, is an over-the-air DVR with 1TB of storage—enough to hold 150 hours of HD content.

Save On A Roku Or Chromecast Streaming Device With These Deals

If you prefer Roku over Amazon's Fire TV products, you are covered there as well. Pictured above is a new and limited edition Roku SE streaming stick, available exclusively at Walmart for $17. Roku introduced the device specifically for the holiday season, as a bang-for-buck gift option (for someone else or yourself).
Walmart is light on specifications, but it looks to be a white version of the Roku Express. If so, it is basically a compact streaming device capable of 1080p playback (upscaled from 720p), pass-through of Dolby encoded audio over HDMI.
Some other Roku deals include... 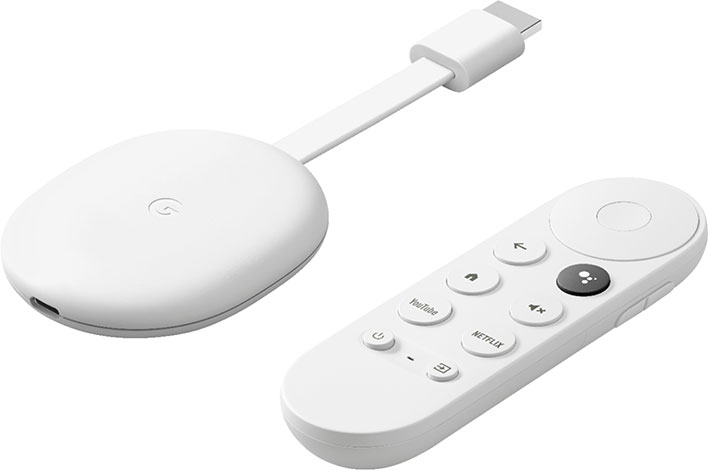 Chromecast with Google TV and Netflix Bundle - $89.99 at Play Store

Finally, let's talk about Google's Chromecast dongle. Standalone Chromecast deals are coming, you can be sure of that. In the meantime, Google is offering a Chromecast with Google TV and Netflix bundle for $89.99 at its online store.
That Netflix bundle entails six months of the streaming service, and specifically the 2-screen plan (Standard plan), valued at $83.94. Technically, anyway. If you are new to Netflix, you can trial the service free for 30 days, so is more of a $69.95 value. Still, you are coming out ahead versus buying a Chromecast separately.
More deals will be coming next week, so stay tuned!