Um, excuse me Biostar, but when did you become a case mod fanatic? Because holy high octane, your Racing Z690GTA-V8 Overdrive creation is easily one of the coolest PC mods I've ever seen. You don't even have to be into V8 muscle cars (or cars in general) to appreciate this one, the level of detail and craftsman ship on display is just on a whole other level.
Biostar calls this the "ultimate racing themed gaming rig" and I'd be hard pressed to disagree. It certainly should be in the discussion. Biostar collaborated with well-known Taiwanese case modder Mark Celica from Mark's Fabrications, an immensely talented individual with an impressive resume of mods like Doom Eternal BFG 10000 build he made for NVIDIA.
For anyone who has not noticed, Biostar has embraced the racing theme for quite some time now, with a growing lineup of Racing-branded motherboards. Biostar doesn't typically get the same kind of recognition in enthusiast circles as some of its competitors, but it does compete at the higher end of the spectrum.
"Biostar has been actively evolving their brand presence to appease the younger generation throughout the past few years, changing their business strategy with creativity to be more involved and attentive towards the needs and requests of a younger consumer," Biostar said.
The board itself in this build (Racing Z690 GTA, released last December)) is flashy in its own right and based on Intel's flagship Z690 chipset for Alder Lake. Biostar and Mark ran with the racing theme, however, and used it as the foundation for a mod designed to look like a V8 engine. And it certainly does. 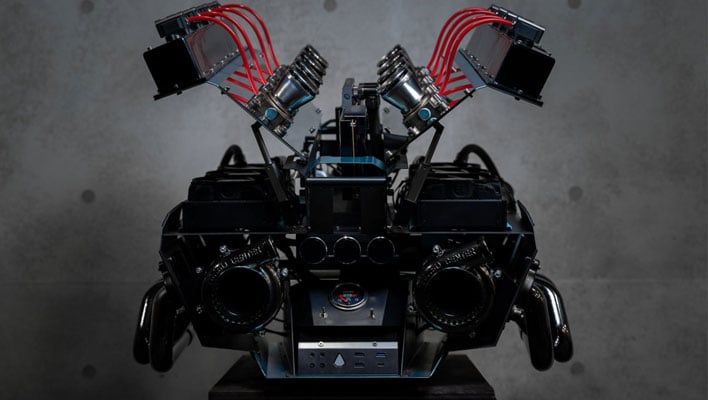 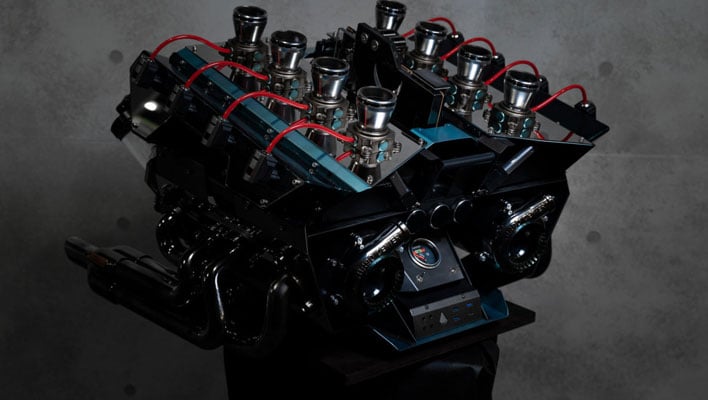 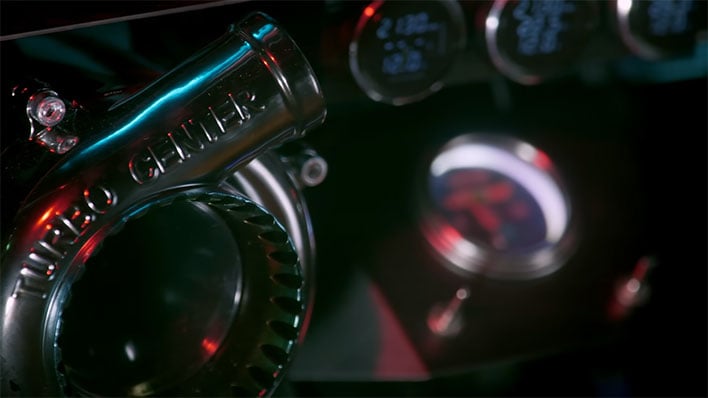 "The V8 overdrive case mod looks like something taken out of a car racing gamer's wildest dream that anyone would love to have in their possession," Biostar says.
I can't even fault Biostar for patting itself on the back—the Z690GTA V8 overdrive case mod is pretty special. Well done, Biostar and Mark.