President Biden sees electric cars as the future of transportation here in the United States. As such, the White House is pushing forward with an executive order that targets half of all vehicles sold in the United States to have some form of zero-emissions powertrain by 2030.

According to the administration, zero-emissions refers to battery-electric, plug-in hybrid electric, or fuel cell vehicles. “The Executive Order also kicks off development of long-term fuel efficiency and emissions standards to save consumers money, cut pollution, boost public health, advance environmental justice, and tackle the climate crisis,” said the White House in a statement.

The hybridization of America’s auto fleet has taken off in recent years, and most automakers offer multiple hybrids and plug-in hybrid models. Battery-electric vehicles sales are also on the rise, led by Tesla with its family of sedans and crossovers. 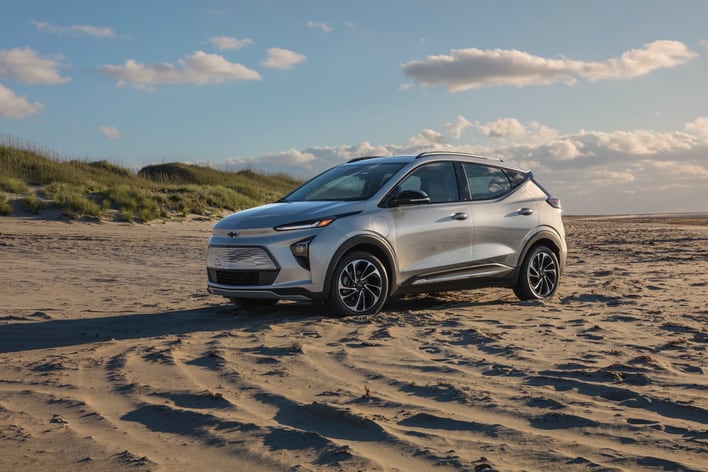 Although General Motors, Ford, and Stellantis (Fiat-Chrysler) are fierce rivals in the domestic auto market, the three companies issued a joint statement pledging their support for the new initiative. “Our recent product, technology, and investment announcements highlight our collective commitment to be leaders in the U.S. transition to electric vehicles,” said the companies.

“This represents a dramatic shift from the U.S. market today that can be achieved only with the timely deployment of the full suite of electrification policies committed to by the Administration [including] purchase incentives, a comprehensive charging network of sufficient density to support the millions of vehicles these targets represent, investments in R&D, and incentives to expand the electric vehicle manufacturing and supply chains in the United States.”

The Biden administration was also able to get BMW, Honda, Volkswagen, and Volvo onboard, with those companies adding that they “are driving towards 40-50% of our sales being EVs in the next nine years. [Bold] action from our partners in the federal government is crucial to build consumer demand for electric vehicles and put us on track to achieve the global commitments of the Paris Climate Agreement.”

Interestingly enough, one company left out of the discussions was Tesla, which leads the U.S. EV market. Given that 100 percent of the vehicles that Tesla sells are all-electric, it seems as though the administration would have wanted to tout this American company. Tesla CEO Elon Musk even seemed a bit puzzled by the Biden snub.

Why is $TSLA @elonmusk absent from today's White House event on #electricvehicles?

"I'm not sure. What I know is you are seeing so many leaders in industry," says @SecretaryPete pic.twitter.com/Buv06fMiPm

Transportation Secretary Pete Buttigieg was asked about the absence of Tesla during an interview this morning with CNBC, but he deflected every question about the topic. It seems curious to omit Tesla from the discussion, although some may wonder if the snub was due to Tesla’s staunch anti-union position versus President Biden’s pro-union stance.

Whatever the case, we are clearly moving forward to a future where we are less dependent on fossil fuels for transportation. And thanks to the introduction of the F-150 Lightning, it’s clear that companies like Ford see a profitable future for battery power in its best-selling vehicle.