Battlefield 2042 has been announced and shown off through game engine and gameplay footage during the past week. More recently, EA performed its first Battlefield Briefing, which gave a closer look at the upcoming game. In that briefing, which was recently updated, we found out that Battlefield 2042 will be introducing artificial intelligence soldiers to the series.

One of the most frustrating things about playing games is when you want to play, but the player base is not what it once was. Sometimes all you can find are empty servers, which can also prove to be very disappointing. However, Battlefield 2042 is bringing AI soldiers to the battlefield to fill up those empty slots to combat this problem. 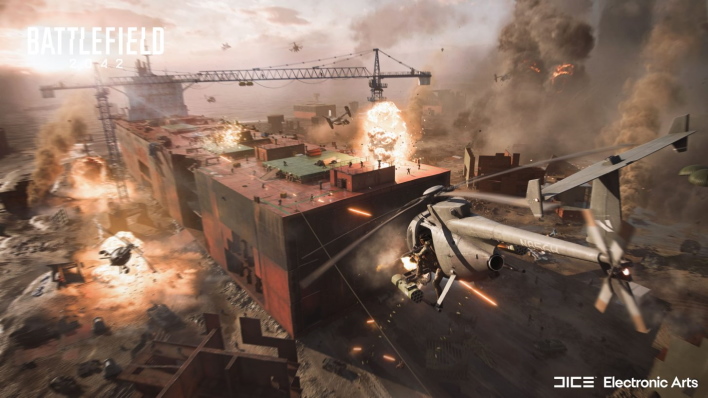 AI will also be used in co-op matches which “Allows you to play together with friends, against AI soldiers.” Furthermore, you can also face off against AI in solo mode to “perfect your skills for multiplayer.” All of this will make it so no matter how you play the multiplayer-only game, there will always be people to fight against.

Hopefully, EA will give us a deeper dive into the AI soon as the implementation could be interesting. Perhaps the AI will be able to learn from its mistakes as well as other players to allow for different difficulty tiers. Whatever the case, it will be exciting to see how this all shapes up, so stay tuned to HotHardware for Battlefield 2042 updates.