Dead Satellites and spent rocket parts tend to float around in earth's orbit flying around at up to 28,000 kilometers per hour, which could easily damage or possibly destroy current communication satellites and the ISS. Recycling it seems isn't just for those on the ground—an Australian company Neumann Space is working on an "In-space electric propulsion system" to use in low earth orbit which can be used to extend mission times of space craft, move satellites and remove them from orbit. Apple's co-founder Steve Wozniak's new start-up Privateer has set out to launch several satellites to study this debris as well.

This is also relevant as Russia set off a missile to destroy one of its own satellites, to test the capability of its own Anti-Satellite (ASAT) missiles. This can be used in war-time to disable communication or surveillance satellites. The move drew criticism from the US State Department.

As you may know once objects are sent into orbit they tend to stay in orbit unless they end up coming too close and burn up in our atmosphere, or hit it. Eventually the more satellites that end up in orbit the more that will make collisions increasingly likely, which could result in the worst case scenario called the Kessler Syndrome.

Neumann is also trying to work with three other companies to turn this junk into fuel for their propulsion system. Of them is Nano Rocks that is working on a plan using robotics to store and cut up debris while in orbit. A Japanese start-up Astroscale will use satellites to capture bits of said debris and Cislunar, is building out a foundry to melt that debris into metal rods. 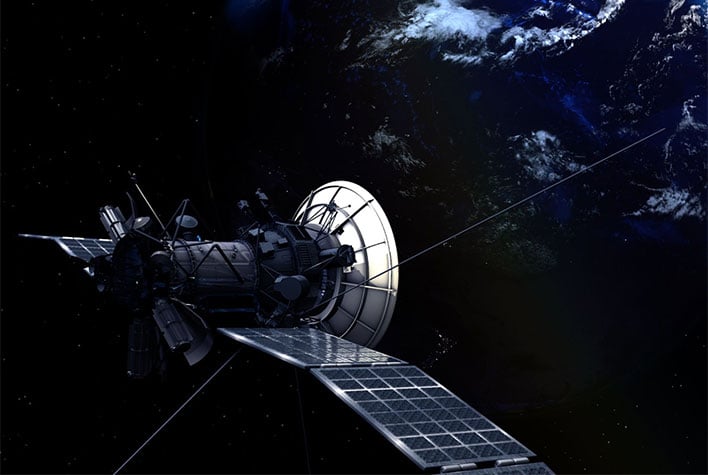 Those metal rods could be used as fuel when the system ionizes that metal and creates thrust, which is if this is sounding a bit like Star Wars, the theory of ion propulsion is what was used for TIE fighter engines. The company's CEO Herve Aster mentioned "they did a live technology demonstration. One can grab a piece of debris, cut it open and melt it and we can use that."

The goal here is instead of destroying it, the company could recycle it and use it as a fuel source. This would be much more efficient and likely a financially beneficial decision.