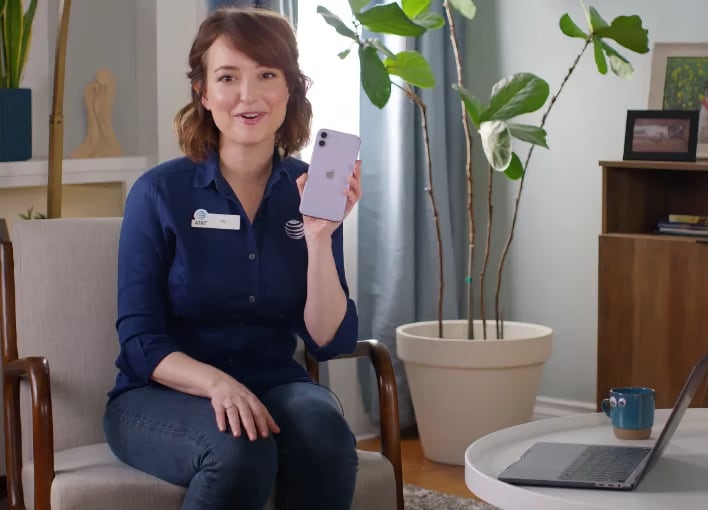 When it comes to smartphone plans, many of us have simply become resigned to the fact that prices in general have been on an upward swing (with the exception of T-Mobile in some cases). The arrival of 5G is sending monthly bills even higher, which means that many customers are likely looking for relief.

AT&T CEO John Stankey has an idea on how customers could potentially lower their bills, and it might be a controversial one for some. The executive is suggesting that AT&T could adopt a strategy in which a portion of a customer’s monthly bill would be subsidized with advertising.

“I believe there’s a segment of our customer base where given a choice, they would take some load of advertising for a $5 or $10 reduction in their mobile bill,” said Stankey in an interview with Reuters.

At first glance, this seems like it would be a win for AT&T, and a win for customers. AT&T likely would more than make up for the discount it provides on service with increased ad revenue (why else would it even consider this initiative in the first place), while customers would see immediate relief on their monthly bill. Stankey confirmed that AT&T could command higher rates by crafting “unified customer identifiers” to track users across multiple devices.

What Stankey didn’t elaborate on, however, is exactly how these ads will be presented to customers. Could AT&T go with carrier phones similar to Amazon’s ad-supported smartphones used to work, with lock screen advertisements? Or could AT&T simply sprinkle ads through the UI and inject them into your browser?

But the big problem for AT&T will be tightly threading the needle of extracting the most revenue from advertisers, while not angering its customers with potentially intrusive ads. However, if AT&T gets it right, it might find quite a few customer clamoring for a “deal” that could save them upwards of $120 per year on their cell phone bill.