As we said last week, Amazon is the gift that keeps on giving when it comes to unreleased 11th generation Tiger Lake-H-based laptops, especially those coming from ASUS. On Friday, we saw the TUF Gaming F17, and today brings our first look at the TUF Gaming Dash F15.

While previous leaks have shown off high-performance members of the Tiger Lake-H family, the TUF Gaming Dash F15 uses an entry-level Core i5-11300H processor. According to Intel, the Core i5-11300H is a quad-core, 8-thread processor with a base clock of 3.1GHz and a turbo clock of 4.4GHz. It supports a maximum of 64GB DDR4-3200 or LPDDR4x-4267 memory. Also integrated into the processor is an Iris Xe GPU clocked at 1.3GHz with 80 EUs. 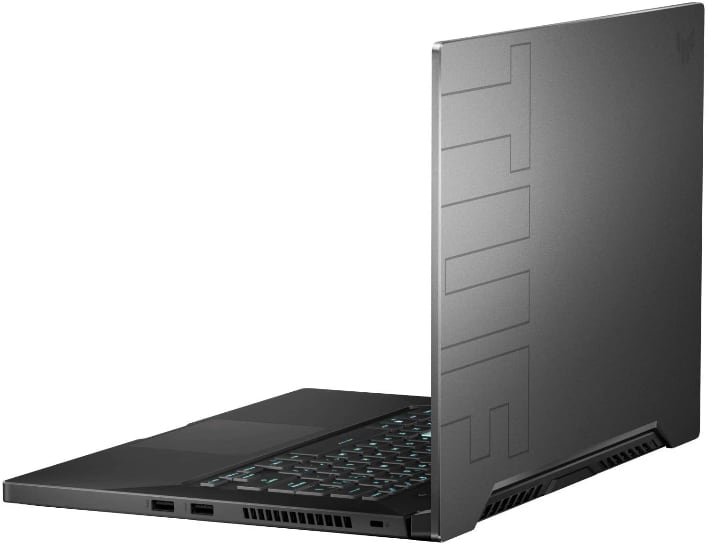 In the configuration available on Amazon, the TUF Gaming Dash F15 (FX516PC-HN002T) is paired with 8GB of DDR4-3200 RAM and a 512GB SSD. Perhaps more importantly, the gaming laptop comes with an unannounced NVIDIA GeForce RTX 3050 mobile GPU with just 4GB of GDDR6 memory. Previous leaks have suggested that the GeForce RTX 3050 has 2048 CUDA cores and a 128-bit memory bus. The GPU is hooked up to a 15.6-inch Full HD 144Hz anti-glare display.

Other features include 802.11ax support, Thunderbolt 4/USB-C connectivity, and a 76 WHr battery while weighing in at 4.4 pounds. And as typically is the case with consumer notebooks, the TUF Gaming Dash F15 comes preinstalled with Windows 10 Home.

Given that so many ASUS Tiger Lake-H laptops have leaked out over the past few weeks [thanks, Amazon], it stands to reason that an official announcement from Intel (and ASUS) can't be too far behind.