Amazon just can't seem to help itself when it comes to leaking unreleased ASUS gaming laptops. Over the past week, we've seen the ROG Zephyrus M16 leak on multiple occasions, and now it's time for the TUF Gaming F17 FX706 to get its [early] time in the spotlight.

The leak comes via Amazon's Italian-language shopping site and details an Intel Core i7-11800H Tiger Lake-H processor paired with 16GB of DDR4 memory. The Core i7-11800H is a 45-watt processor (configurable) with a base clock of 2.4GHz and a maximum turbo clock of 4.6GHz. Its all-core clock can allegedly reach up to 4.2GHz. The processor also features 8 cores and 16 threads, thanks to HyperThreading technology. 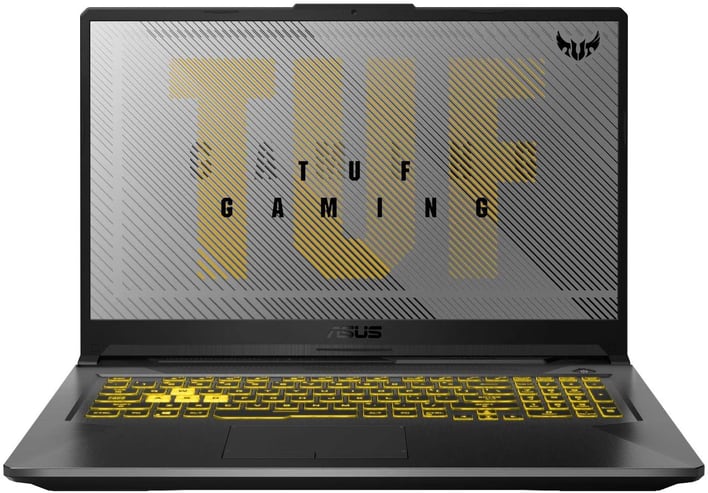 Other features include a 1TB SSD, a full-size keyboard with a number pad off to the right, and integrated RGB lighting. There are dual speakers integrated into the laptop with DTS Audio support, and there is also bidirectional AI employed for noise cancellation. You'll find the usual assortment of USB-C and USB-A ports along with HDMI 1.4 (which will allow you to hook up a G-SYNC compatible 4K 120Hz secondary display). ASUS also configured the TUF Gaming F17 FX706 with Wi-Fi 6 and Bluetooth 5.1.

Given that this is a 17.3-inch class gaming laptop that needs to cool a high-performance CPU and GPU, the TUF Gaming F17 FX706 isn't exactly a featherweight. It weighs 5.73 pounds.

Intel still hasn't officially announced the Tiger Lake-H family, nor has ASUS announced its laptops based on the processors. However, the [now removed] Amazon U.S. listing said that the TUF Gaming F17 FX706 would start shipping on May 10th.