A couple of incomplete listings that popped up on Amazon in China last week tipped the pending launch of a new ASUS ROG Zephyrus M16 laptop line, powered by Intel's unreleased Tiger Lake-H processor line. Well, the listings have now been updated with what look to be official press renders, including the front shot you see above.
The M16 rocks a 16-inch display with 16:10 aspect ratio and 94 percent screen-to-body ratio. There are two screen options, including WUXGA (1920x1200) and WQXGA (2560x1600). Configurations built around the WUXGA display option will be able to hit a zippy 165Hz refresh rate, while the WQXGA panel will go to 144Hz, which is still fast.
Even high end hardware will have trouble taking full advantage of such high refresh rates in some games, though for competitive gamers who play less demanding esports titles, pulling 144 or 165 frames per second is not out of the realm of possibility. And even for more demanding games, it's nice to have that headroom, above 60 fps. 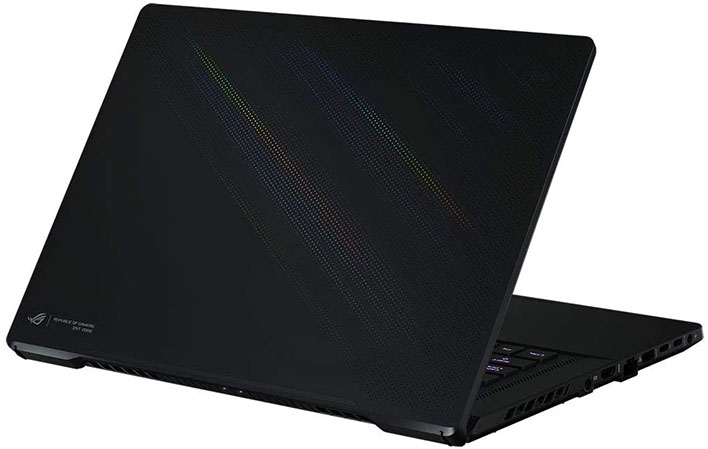 One of the Zephyrus ROG M16 photos (shown above) indicates this will be another laptop with a customizable, dynamic LED grid on the top panel. We have seen this before, with the ROG Zephyrus G14, which on that model is made up of 1,215 individual mini LEDs. Users can configure it to display custom images and even animations, and it looks like the same will be true of the ROG Zephyrus M16.

According to the listings, ASUS will offer this laptop with either a Core i7-11800H or Core i9-11900H, both of which are 8-core/16-thread Tiger Lake-H chips. Intel has yet to introduce its Tiger Lake-H stack for high-end laptops, but if the listings are accurate, the Core i7-11900H will have a 2.5GHz base clock and 4.9GHz max turbo frequency.
For graphics, we're looking at several mobile Ampere options, including the GeForce RTX 3070 and GeForce RTX 3060. Other specifications include 16GB or 32GB of RAM, depending on the model, as well as 1TB and 2TB NVMe SSD storage options. 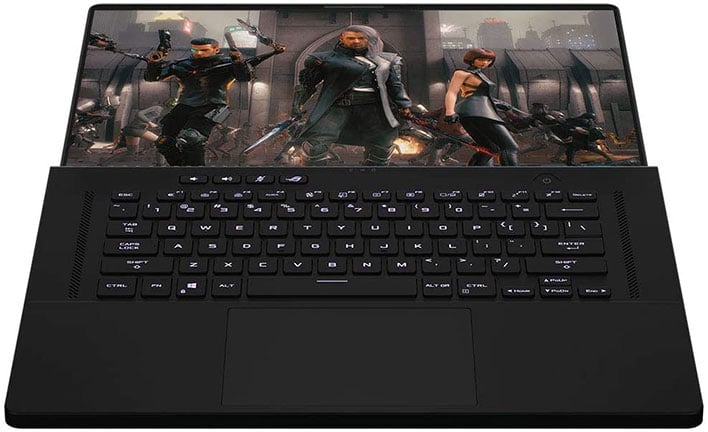 Apparently the ROG Zephyrus M16 will also feature a 180-degree hinge, to lay the laptop flat as shown above. There's probably not much benefit there for gaming, though it's still nice to see that level of flexibility—I've had laptops I couldn't use with a laptop cooler because the display would not bend back far enough when propped up at an angle.
Still no official word yet on availability or pricing, though it's expected these will command around two grand or more, depending on the configuration.