Some of the ASUS design tweaks worth of highlighting include a large heatsink claimed to be twice as hefty as those equipped in traditional PSUs. ASUS says that the larger heatsink extends 0dB operation during light and medium loading, and in this particular design is integrated with the aluminum chassis for greater thermal mass and area. 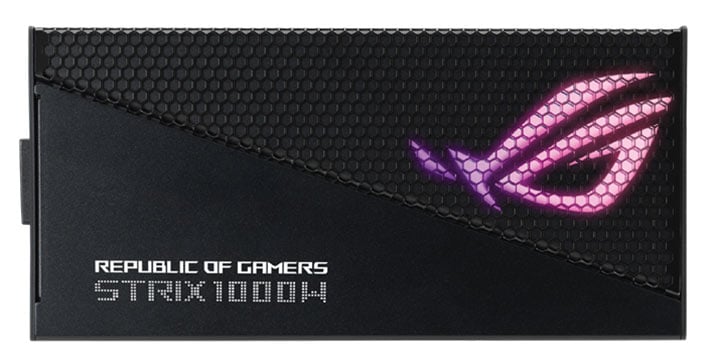 Inside the new PSUs you will find a 135 mm axial-tech fan for when active cooling is required, which uses a dual ball-bearing. Other quality supporting components are the efficient and durable low-ESR Japanese capacitors. 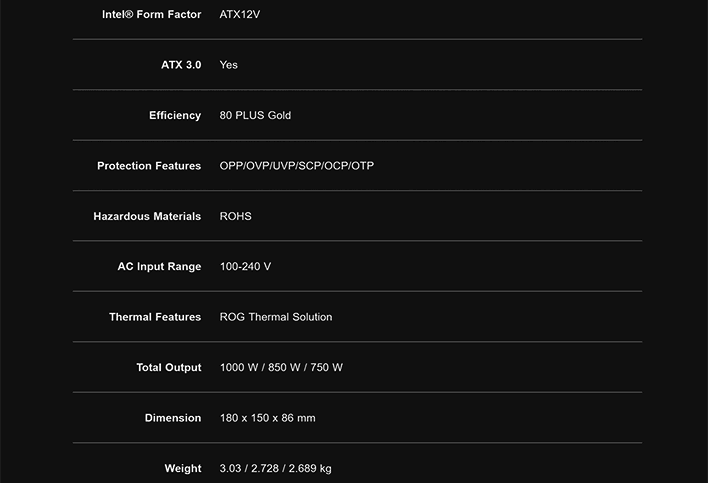 An Elegant Solution to Connector-gate? Not Quite.

NVIDIA GeForce RTX 4090 connector-gate has yet to be officially resolved by the green team. The latest information we have is that NVIDIA is still actively investigating the issue, but enthusiasts remain without official guidance from the GPU designer at this time.

There is a degree of third party help out there, advising users to be extremely careful with connecting their power adapters and then the 16-pin connector onto the GPU—without too much cable bending or shearing near the end of the connector. Looking over the trends with regard to PSU connector issues, the majority of complaints appear to be from users of the NVIDIA Quadropus power adapter, so those lucky enough to own a PSU with a native 16-pin PCI Express power connector have felt more assured about the potential for melting issues. However, the first complaints about melting plastic, even when using native 16-pin to 16-pin cables, have started to appear.