Yesterday, ASUS announced new laptops in its gaming line of products at CES 2021, which were quite impressive. However, not everyone is into gaming, so something a little less flashy but still performant is good.  Thus, ASUS is unveiling several other laptop lines which bring performance and style to all. 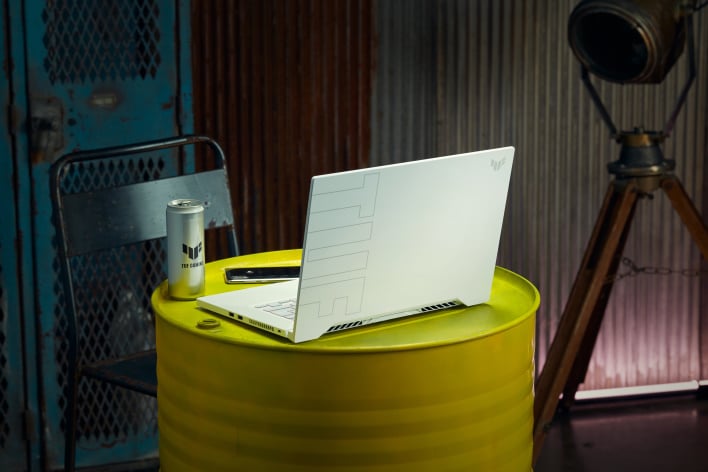 Even though this sounds like a gaming laptop, it can be used for nearly anything and still fit in.  According to ASUS, the TUF Dash F15 attempts to bring “power, portability, and streamlined style to a wide audience.” It packs up to an 11th Gen Intel Core i7-11375H and an NVIDIA GeForce RTX 3070 in a system that weighs roughly 4.4lbs. It also features up to 32GB of RAM and up to 1TB of SSD storage with an additional SSD slot for later. 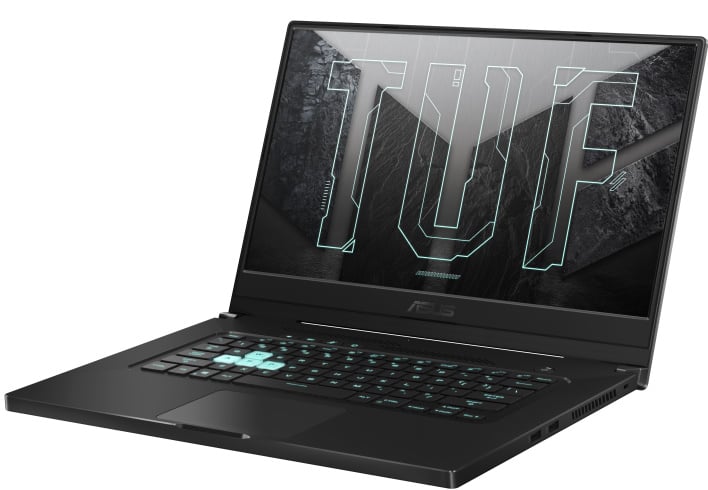 Users can also configure their Dash with up to a 240Hz IPS display, making it great for competitive gaming on the move. It boasts up to 16.6hrs of continuous video playback on the 76Wh battery, which should let you game or work for quite a while. Overall, it seems to be a solid thin and light gaming notebook that will become available in Q1 2021 in North America. 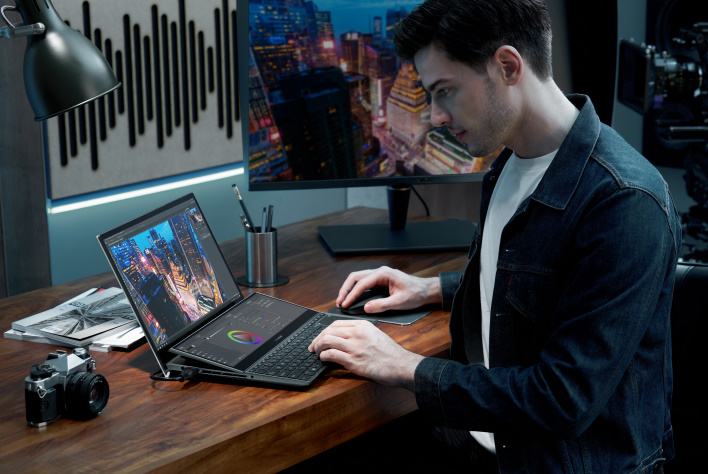 The Pro Duo 15 is ASUS' “flagship performance” model of laptop this year, and the main attraction is the dual screens on the device. The primary display is a 4K OLED touchscreen, and the secondary display is another 4K touch screen that measures 14” across. Under the hood, you can have up to an Intel 10th gen Intel Core i9 and up an NVIDIA GeForce RTX 3070. Users can configure it with up to 32GB of RAM and up to 1TB of M.2 NVMe PCIe storage for blazing-fast gaming or work. If you want to get one of these productivity beasts in your hands, it will be available starting in April 2021 in North America. 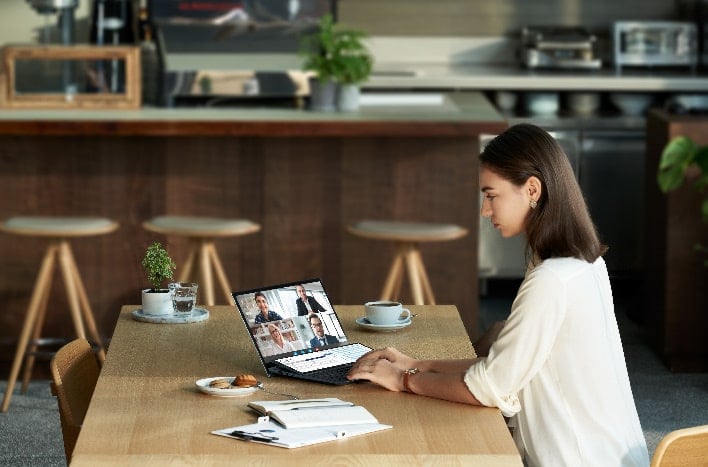 The ZenBook Duo 14 is the little brother of the Pro Duo 15, which is meant to provide “ultimate mobile productivity.” It too features two displays, the primary being a 14” 1080p 60Hz touchscreen display and the second is a 12.6” 1080p touchscreen. Inside, you will find up to an 11th gen Intel Core i7 and either Intel Xe graphics or an NVIDIA GeForce MX450. It also can have up to 32GB of LPDDR4x RAM and up to 1TB of M.2 NVMe PCIe storage.

The whole device weighs in at 3.53lbs and is around 14” by 8”, which is small enough to fit in a satchel. It is also powered by a 70Whr battery that should keep you working all day long. If you want to grab this device, it will be available in February in North America, yet pricing is still unknown. 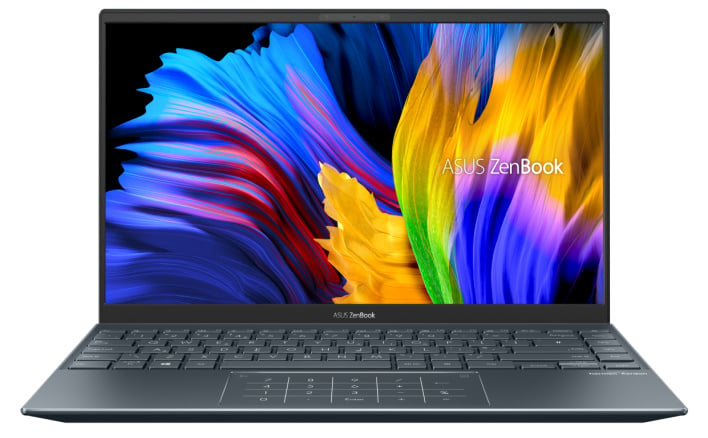 If you do not think you need two displays and want the standard laptop experience, the ZenBook 14 is a reliable option over the ZenBook Duo 14. It features a single 14” 1080p IPS NanoEdge display with a 2.5mm-thin size bezel. Asus also claims it is the thinnest 14-inch AMD powered laptop with a 14.3mm profile and up to a Ryzen 7 5700U processor. It also has up to 16GB of LPDDR4x memory and up to 1TB of PCIe M.2 NVMe storage inside. It weighs just 2.69lbs and is not much bigger than a sheet of paper, so it can fit nearly anywhere. These will become available sometime in February 2021. 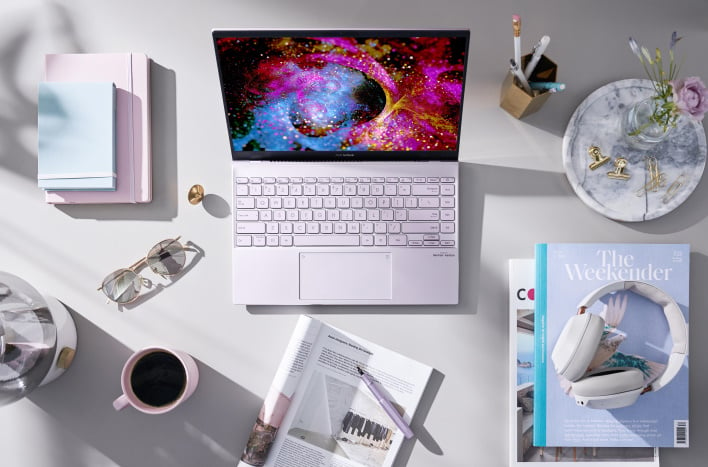 Stepping down in size from the ZenBook 14 is the ZenBook 13 OLED, but just because it is smaller does not mean that it is less impressive. In fact, this little machine can pack up to a Ryzen 7 5800U processor with integrated AMD Radeon Graphics. People can also buy it with up to 16GB of LPDDR4x RAM and up to 1TB of PCIe M.2 storage. When you are carrying it around, you may not even notice it as it only weighs 2.51lbs and, again, is not much bigger than a sheet of paper. If you need something on the go that is incredibly light and small, this will be available in February of this year. 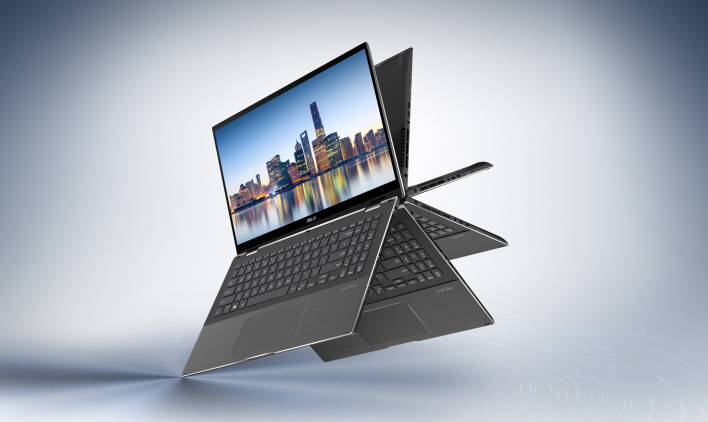 The ZenBook Flip 15 is another compact and powerful laptop driven by 11th Gen Intel Core H Series processors and up to an NVIDIA GeForce GTX 1650 Ti for “on-the-go productivity and creativity.” It also features up to 16GB of DDR4 RAM and up to 1TB of PCIe storage for on the go storage and application speed. The display is a 15.6” IPS touchscreen display, which also features NanoEdge technology, so bezels are virtually nonexistent when you fold your device to your liking. This device also comes with a 96Whr battery, which will keep you going for quite some time. If you want to get the Flip 15, it is available right now at BestBuy. 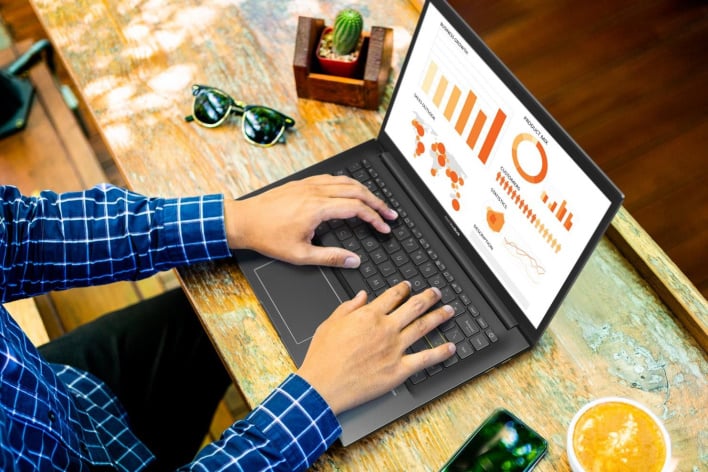 The ASUS VivoBook 14 and 15 laptops are another AMD Ryzen 5000 U-Series powered system with up to 8GB of DDR4 memory and up to 512GB of SSD and 1TB of HDD. Both laptops feature a 1080p IPS display and a 42Whr battery and seem to be a more budget line of laptops from ASUS. If you want to get either computer, they will be available in February this year. 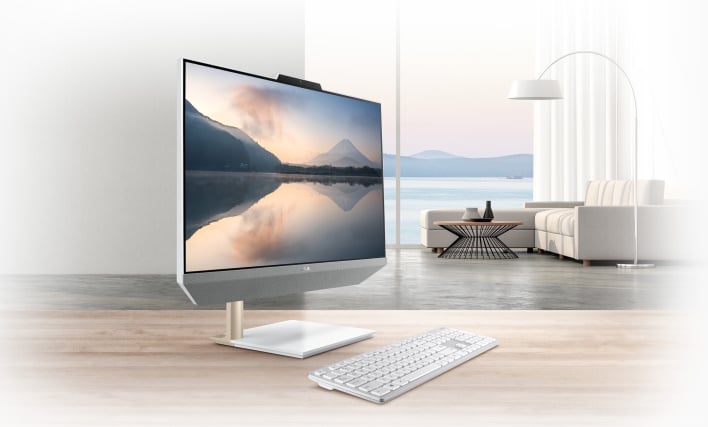 Getting off the laptop train from ASUS is an all-in-one device called the Zen AiO 24, which packs up to a Ryzen 7 5700U, up to 16GB of RAM features a 24” 1080p IPS display. It also can come with up to 512GB of M.2 NVMe PCIe storage for lightning-fast speeds to access applications and files. It will come in Hearty Gold, Transparent Silver, or Indie Black and will be available in Q1 this year.