ASUS Republic of Gamers (ROG) has always been a strong player in the gaming space, especially as CES. This is not going to change at CES 2021 as the company has a number of awesome products in store. With extreme laptops and powerful displays, it is time to get your game on with ASUS ROG… 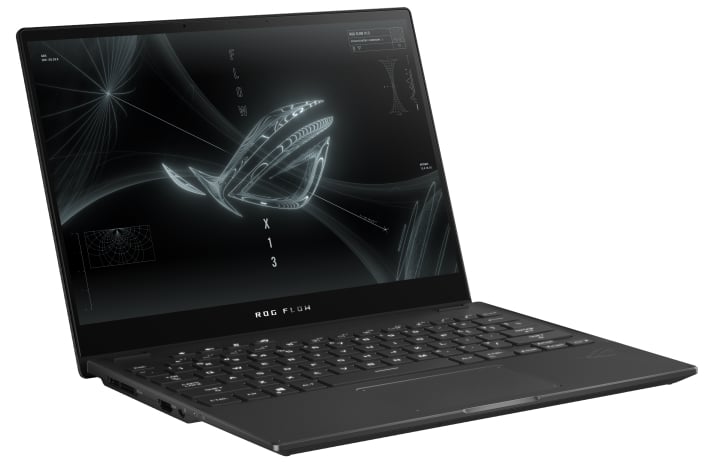 ASUS Republic of Gamers announced the ROG Flow X13, a 2-in-1 convertible gaming laptop that could change the way people work and game. It features a 13” body packing an 8-core AMD Ryzen 9 5980HS, a dedicated NVIDIA GeForce GTX 1650 GPU, and up to 16GB of LPDDR4X-4266 RAM. It is also only 15.8mm thick and weighs just 2.9lbs, making it a great option for whatever you need on the go. The battery inside will also keep your device powered all day long, as ASUS claims it provides up to 10 hours of video playback on either the 360-degree hinged 120Hz or 4K display options. 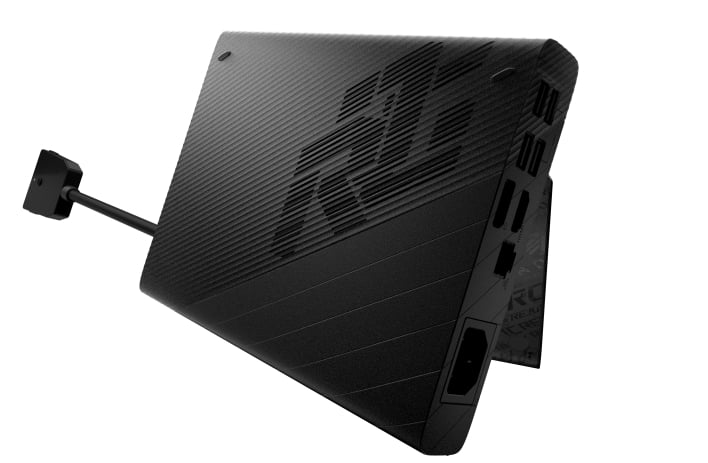 The Flow X13 can also be improved with the concurrently announced ROG XG Mobile, an external GPU that adds “power and flexibility in an ultraportable form factor.” This comes with a GeForce RTX 3080 GPU with a custom PCIe 3.0x8 interface. The ROG XG Mobile also acts as a docking station with a 280W AC adapter to power the XG Mobile itself and the Flow X13. Together, as ASUS claims, “the Flow X13 and XG Mobile redefine what’s possible with a 13-inch device, empowering users with versatile portability while providing desktop-class gaming performance and connectivity on demand.” These products will be available sometime in Q1 with no word on pricing yet but stay tuned for updated information in the future. 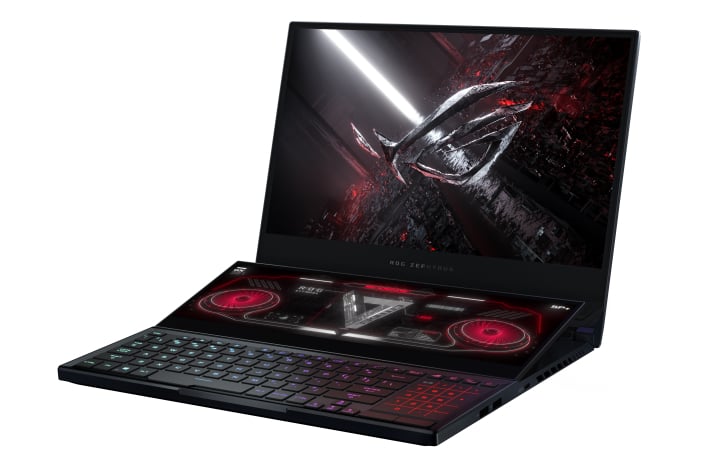 When getting work done, streaming, or gaming, having an extra display at your disposal can be incredibly useful. If you are on the go, this can be a challenge as mobile displays are not always the best, and moving a full-size monitor is just a pain. ASUS ROG is solving this problem once more with the Zephyrus Duo 15 SE, a dual-screen 15.6” gaming laptop. The main attraction on this behemoth is the 14.1” secondary IPS display for whatever you need to do. Furthermore, the primary display is 4K 120Hz, but ASUS offers a 1080p 300Hz alternative display for blazing-fast experiences. Either way you go, you will have a premium viewing experience. 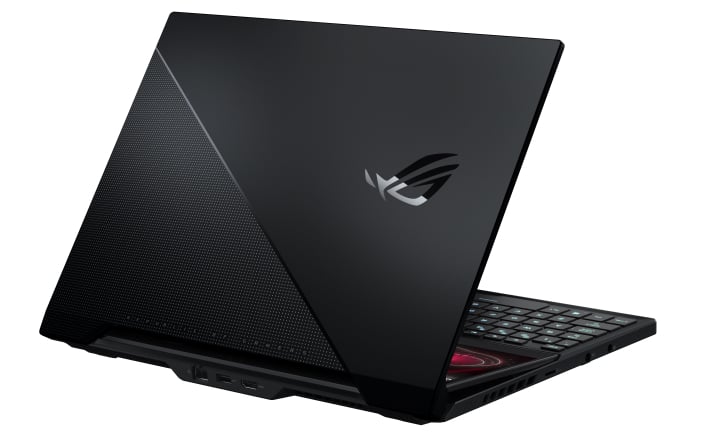 Under the hood, you will find a brand-new AMD Ryzen 9 5900HX and an NVIDIA GeForce RTX 3080 GPU with an AAS Plus cooling system to dissipate the 165W of heat generated. You can also have up to 32GB of onboard DDR4-3200Mhz RAM and up to 2TB of Dual NVMe PCIe x4 SSD in Raid 0 for massive storage and performance up to 7000MB/s. Simply put, this thing is absurd, and it is only 20.9mm thick and weighs 5.3lbs, which is a bit more than a bag of sugar. If you want to pick one up, they are available for preorder in North America at the ASUS U.S. Store for $2,899.99 USD. 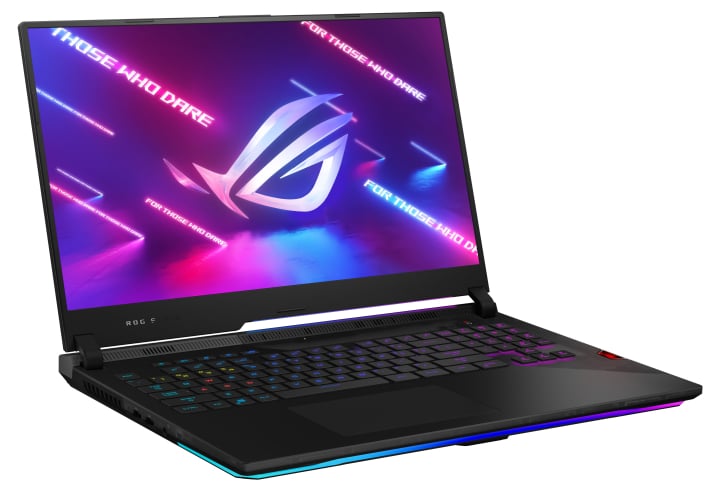 Designed from the ground up, ASUS has announced the ROG Strix SCAR 15” and 17” laptops, which are “premium gaming laptops” targeted toward uncompromising performance required by eSports players. The flagship SCAR 17 features GPUs up to the GeForce RTX 3080, AMD Ryzen 5000-series mobile processors up to the Ryzen 9 5900HX CPU, and up to 64GB of DDR4 RAM. When paired with the “world’s fastest laptop display” at 360Hz, eSports players have a winning combination. 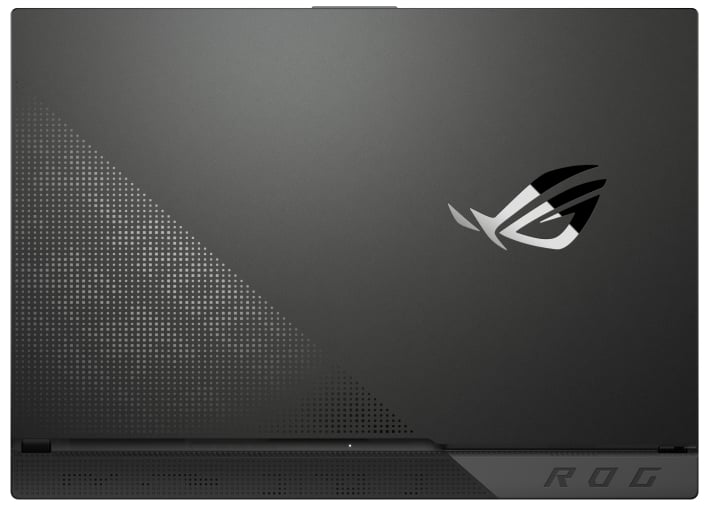 ROG also announced the Strix G15 and G17, which “incorporate the new ROG gaming laptop DNA into stylish designs accessible to all gamers.” These laptops are powered by a Ryzen 9 5900HX and a GeForce RTX 3070 at the top end, with up to 32GB of RAM and up to 1TB of SSD storage. Gamers can also choose between a 300Hz 1080p display or a 1440p 165Hz display, depending on what they prefer. The ROG Strix SCAR laptops and the ROG Strix G15 will be available in Q1 2021, but pricing is still unknown. The ROG Strix G17 is available for preorder in North America at the ASUS US Store for $1,799.99.

Though these are some fantastic products, they are not the only things that ASUS will show off at CES. Due to COVID-19, being able to see these things in person has become a challenge, so ASUS is looking to fix this with the ROG Citadel XV, “a boundary-breaking interactive experience.” If you want to find out more, you can take a look on Steam and jump into the virtual world to experience all of ASUS ROG’s products.