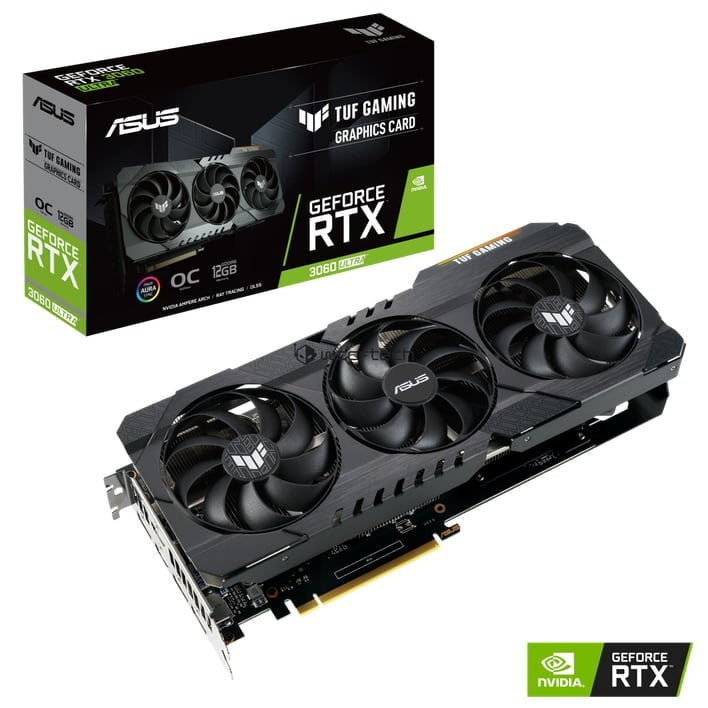 As if NVIDIA’s GeForce RTX 30 family wasn't already growing a bit crowded between announced GPUs and rumored ones in the pipeline, we have a new SKU to add to the table today. According to a new alleged product leak, NVIDIA is poised to launch a GeForce RTX 3060 Ultra.

The TUF Gaming GeForce RTX 3060 Ultra is a 2.7-slot design and includes a combination of aluminum fins and copper heat pipes under the triple fans to wick heat away from the GPU. When it comes to backplate ports, you'll find three DisplayPort connections along with an HDMI port.

Of course, we must take all this information with a grain of salt at this point. Images can be faked, and nothing is set in stone until NVIDIA officially announces the GPU. There's also the somewhat odd consequence that the GeForce RTX 3060 Ultra features 12GB of GDDR6 while the more expensive GeForce RTX 3070 "only" has 8GB. However, it's possible that NVIDIA has some new GeForce RTX 3070 SKUs on the way that will address this deficit.

NVIDIA is set to make some big announcements at CES 2021 on January 12th, and we'll be covering all the big news live.