Quick, when you think of Arkane games, what do you think of? You're likely picturing titles like Dishonored, DeathLoop, and Prey. Which are all amazing titles and series in their own right. However, people don't typically think that Arkane normally develops truly open world titles, let alone multiplayer co-op ones. That is exactly what's happening with Redfall, Arkane's newest endeavor announced as an Xbox Series X|S exclusive in June of 2021.

Unfortunately the title has been delayed a couple of times with a rather broad release projection of the first half of 2023, which may still change. Initial player reaction to the title is that the game looks like it will play very similar to that of a title like Left 4 Dead or Back 4 Blood. That is understandable in that it is a four-player coop game in which you fight against the undead.

According to Arkane Creative Director Ricardo Bare that's about where the similarities stop. "It's totally understandable for somebody to come to that conclusion. There are four playable characters, you can play together cooperatively, and you're going against the undead. But, in terms of the way that you play and experience Redfall, it's not like those games at all. Redfall is more like loading into Far Cry." He said when asked about this in an interview with GamesRadar.

Players, once they get their hands on the title, will definitely notice a difference from other places that Arkane has designed. That is because Redfall is named after the city in which it takes place Redfall, Massachusetts, a "crappy tourist town" as Arkane Studio Director, Harvey Smith, describes it. Within the story of the game the town has been overrun with vampires, cultists who worship them, and an iffy private military corp named Bellwether Security. 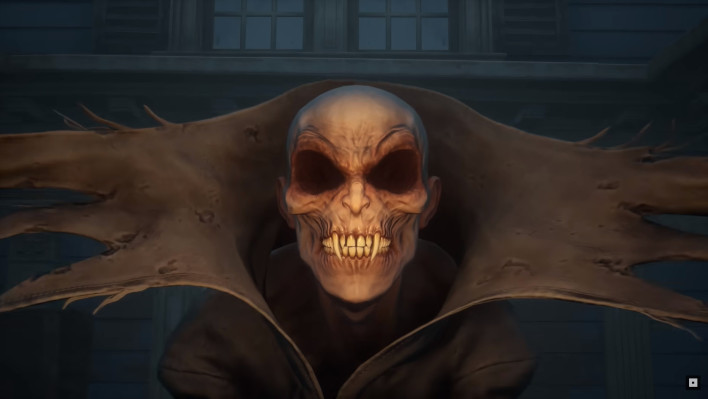 Image of a Vampire in Redfall from Arkane Studios

The game is looking very cool so far, and we're definitely excited to see what Arkane can do with this style of multiplayer and the freedom that an open world can create. If you're really antsy about getting the game, Arkane has stated that it will be releasing on Xbox Game Pass on launch day.