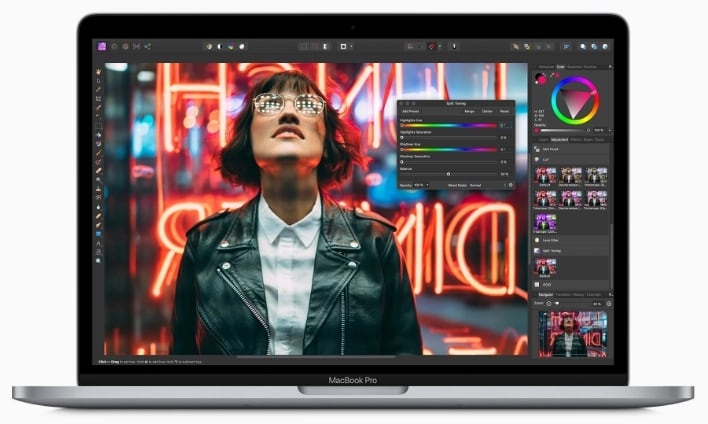 With that being said, Amazon is discounting the higher-end 13-inch MacBook Pro SKUs by $200, which is a pretty nice discount for Apple hardware. That means that you can grab a notebook with 16GB of RAM, a 512GB SSD and a quad-core 2GHz Core i5 Ice Lake CPU for just $1,599 instead of the usual $1,799 asking price.

Likewise, doubling the onboard storage from 512GB to 1TB takes the price to $1,799 (instead of $1,999). The discounted pricing applies to both Silver and Space Gray versions of the 13-inch MacBook Pro. Likewise, Amazon says that the 512GB model will ship within 1 to 2 days, while the 1TB model gets free one-day shipping.

All of the 13-inch MacBook Pro’s on sale come with a 500-nit 2560x1600 Retina Display with True Tone support, four Thunderbolt 3 ports, an OLED Touch Bar, and Intel Iris Plus Graphics. Apple also promises up to 10 hours of battery life for the laptops.

It’s unknown at this point in time how long Apple [officially] will continue to use Intel processors for its 13-inch MacBook Pro family. The company has already committed to switching all of its Macs over to Apple Silicon within the next two years, and it’s likely that the 13-inch MacBook Pro could be among the first to make the change. At that time, it’s quite possible that Apple could give customers an upgrade to a 14-inch display with a redesigned chassis, which has been rumored for roughly a year now.