If you're looking to score a great deal on an Apple iPad Pro, you're not going to get much better than this limited-time offer from B&H Photo. The retailer has some crazy-good pricing on the last-generation 12.9-inch iPad Pro, which it is selling for just $669 with free shipping.

And this isn't just the standard Wi-Fi model either; B&H Photo is offering this discount on the SKU with integrated LTE connectivity (unlocked), which you can use on your wireless carrier of choice. The lower $669 price tag reflects a 42 percent discount off its normal $1,149 asking price.

Now for those of you that may balk at the idea of getting a previous generation iPad Pro -- even at a steep discount -- we have these words of wisdom for you. Going with the current, fourth-generation iPad Pro introduced earlier this year won't get you that much more for your extra dollars spent. You'll get an A12Z Bionic SoC (which is basically the same A12X Bionic with an extra GPU core unlocked), an additional rear camera and a LiDAR sensor. That's about it unless you are really wanting Wi-Fi 6 support. 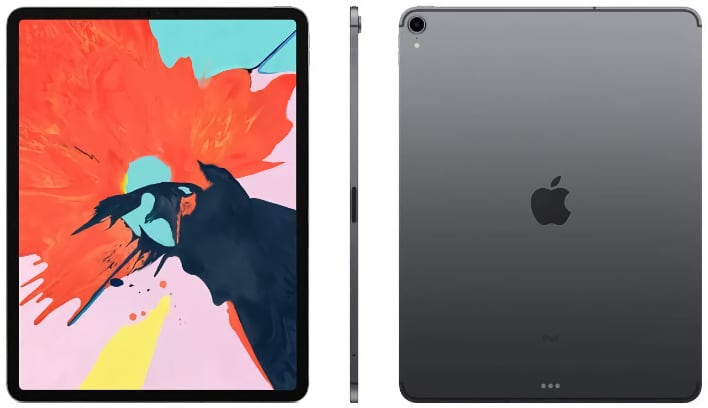 We also have to factor in that an iPad Pro (2020) spec'd like this current deal would cost you $1,149, although you'd get an extra 64GB of base storage for your troubles.

B&H Photo is also offering a couple of bundle deals if you want more than just the iPad Pro. You can get the 12.9-inch iPad Pro plus AppleCare+ bundled in for $769. Or, if you'd rather have the fancy new Magic Keyboard accessory, that bundle will set you back $999.

These current promotional offers are only good through midnight EST or while supplies last.