Apple announced its all-new iPad mini yesterday, and it represents the most extensive design revamp to date for the company’s smallest tablet. Whereas the current-generation iPad mini has a 7.9-inch display, the new model expands to 8.9 inches while maintaining the same footprint.

When Apple first brought the new iPad mini out on stage, it didn’t detail what hardware was powering the device. However, Mac Rumors was able to find out that the iPad mini uses the same A15 Bionic SoC that powers the iPhone 13 family (likely with a 4-core GPU). The A15 Bionic also features 4GB of RAM, while the current generation tablet features an A12 Bionic SoC and 3GB of RAM. 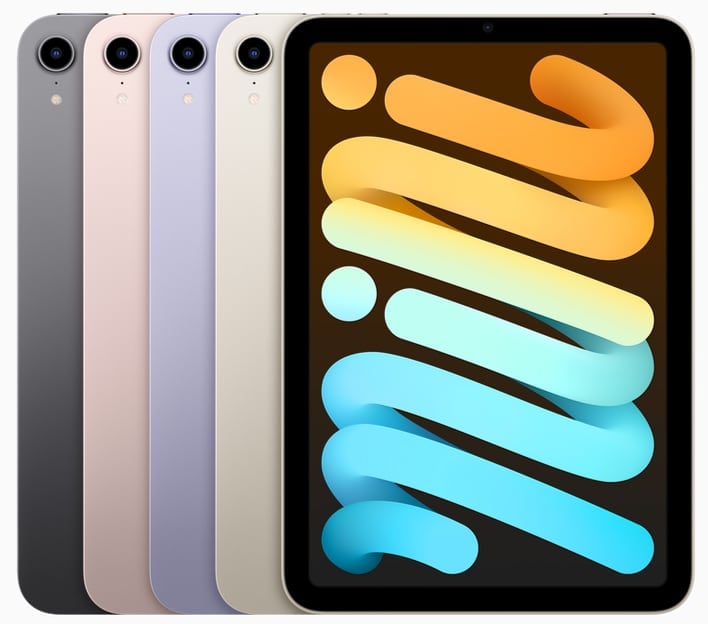 In addition to the new SoC, the iPad Mini features a new 12MP FaceTime HD camera with Center Stage support, Touch ID embedded in the power button, USB-C connectivity, and support for the second-generation Apple Pencil.

While the iPad mini is a clear step ahead of its predecessor in terms of design and performance, the same can’t be said for the Apple Watch Series 7. Display real estate has grown roughly 20 percent compared to the Series 6, but there was no dramatic redesign as previously rumored. 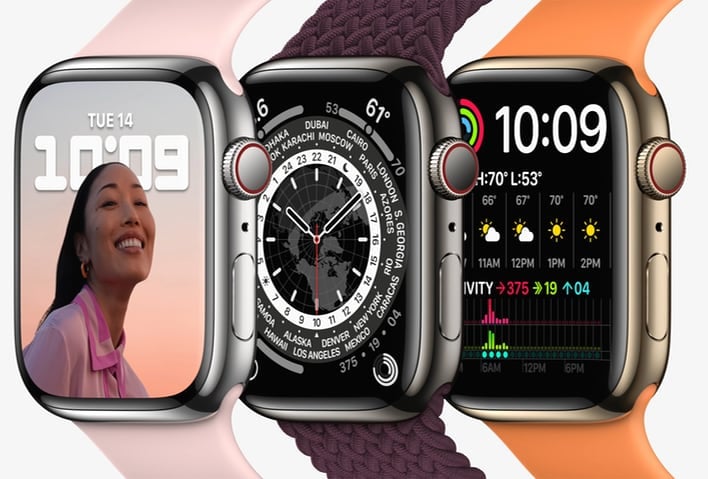 Like the iPad mini, Apple was mum about what chip is powering the Series 7 and made no mention of any performance improvements. Well, software developer Steve Troughton-Smith claims that this is because the Series 7 is using the same S6 Silicon in Package (SiP) as the Series 7. In fact, the Series 7’s chip carries the same name in XCode, t8301, which refers to the Apple S6 SiP. 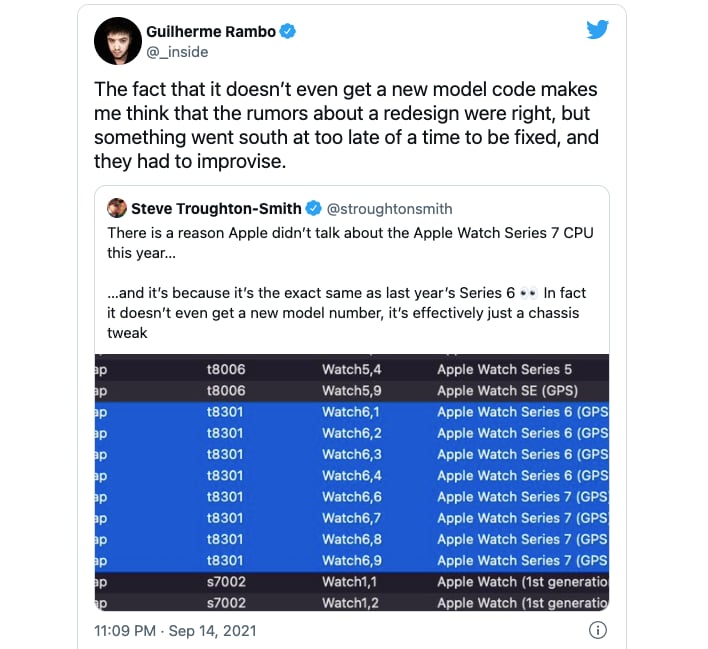 When it comes to performance, the Series 7 should perform exactly like the Series 6, which means that it is roughly 20 percent faster overall compared to the Series 5. The carryover SiP would also explain why battery life remains unchanged at 18 hours for Series 7. Apple has been stuck at the 18-hour mark for several generations, so many people were hopeful that something “big” would happen this year on that front.

Apple’s 6th generation iPad mini is currently available for preorder and will ship next week. Unfortunately, Apple is only saying that the Series 7 will ship later this year.