Apple’s iPad mini has always been a popular device, and it is now getting its most significant upgrade ever. Like the fourth-generation iPad Air that came before it, the new iPad mini brings the iPad Pro design language (complete with its thin bezels) down to the consumer market.

The screen now measures 8.3 inches while keeping the same footprint as its 7.9-inch predecessor. The Liquid Retina display features True Tone support and can reach 500 nits for brightness. Given that the home button is now gone, Touch ID has moved to the power button (just like the iPad Air). The Lightning port on the bottom of the device has been tossed in favor of USB-C, and optional 5G cellular connectivity is available for those on the go. 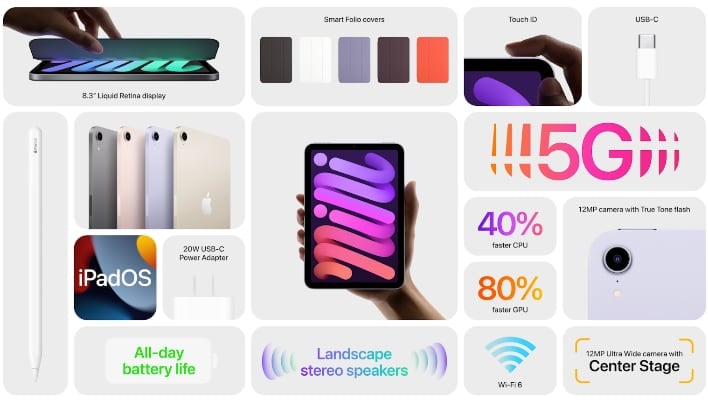 The back camera now features a 12MP camera with f/1.8 aperture and True Tone flash. Up front is a 12MP FaceTime HD camera with Center Stage support. Stereo speakers are included (for playback even in landscape mode), and the device supports the second-generation Apple Pencil. It starts at $499, is available for preorder today, and will launch next week in Wi-Fi and Cellular versions. 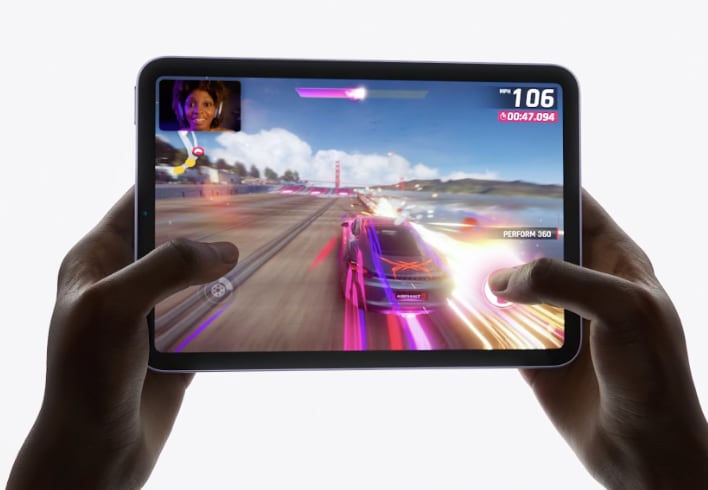 Apple introduced a new 10.2-inch iPad, which represents the entry-level point for the company’s tablet lineup. This time around, the A12 Bionic has been replaced by the A13 Bionic SoC, bringing a 20 percent performance boost. 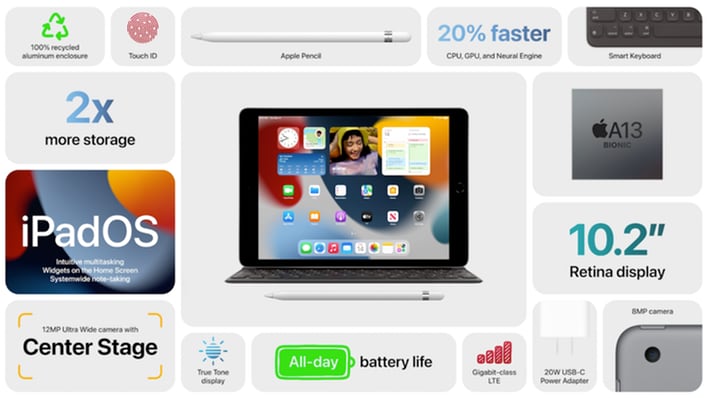 True Tone display technology is now supported on the budget iPad, and it still supports the first-generation Apple Pencil. The new iPad will ship with iPadOS 15, starting at $329 with 64GB of internal storage. Preorders start today and the tablets will ship next week.