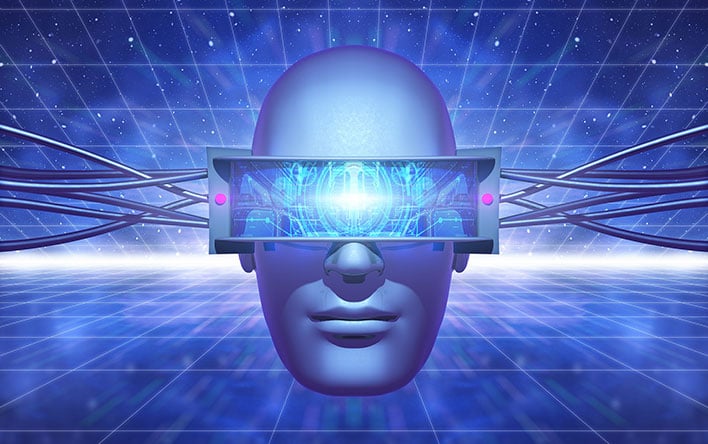 Rumors have been swirling that Apple is working on a mixed reality or augmented reality headset, potentially with dual 8K resolution displays and eye-tracking technology. The simple act of Apple releasing an AR/VR product is a potential game changer for the category. Adding to that, it's now being reported that Apple has teamed up with TSMC to make micro OLED displays for its upcoming headset.
Apple and TSMC already have a longstanding relationship, with the latter being a major chip supplier for the former, including its fancy M1 silicon. But as far as displays go, this is an interesting arrangement. Micro OLED is a different animal than a traditional LED or OLED displays—instead of being built on a glass substrate, micro OLED displays are built directly onto wafers.
These are the same substrates that semiconductors are built on, hence why Apple and TSMC are working together on micro OLED displays. According to Nikkei Asia, which apparently has the inside scoop on Apple and TSMC teaming up for this venture, the upshot of micro OLED technology is that it is a lot thinner and smaller, and uses less power.
Those characteristics make micro OLED well suited for an AR headset, and could help Apple's eventual product to stand out from the crowd.
"Panel players are good at making screens bigger and bigger, but when it comes to thin and light devices like AR glasses, you need a very small screen," a source with direct information about the partnership told the site. "Apple is partnering with TSMC to develop the technology because the chipmaker's expertise is making things ultra-small and good, while Apple is also leveraging panel experts' know-how on display technologies."
While interesting, the effort is said to be in the trial production stage, and it could take several years before these kinds of displays are mass produced. It's not clear if that also means Apple is several years away from releasing an AR headset, or if micro OLED displays could be bound for a second-generation or even third-generation product.