While virtual and augmented reality are cool technologies, they have not quite taken off as expected for several reasons. One of the biggest factors would be the cost of buying and using VR and AR, but what if that added cost came with stellar specs and a big brand name to back it up? Enter Apple: manufacturer of phones, laptops, tablets, and now perhaps mixed-reality headsets. Rumors have circulated that Apple will enter the market for years, but now more information has come out suggesting as much and more.

Late in January, Bloomberg reported that Apple “is building a high-end, niche product that will prepare outside developers and consumers for its eventual, more mainstream AR glasses.” The goggles or headset would end up being akin to a high-end Mac Pro desktop rather than the iPhone when all is said and done. 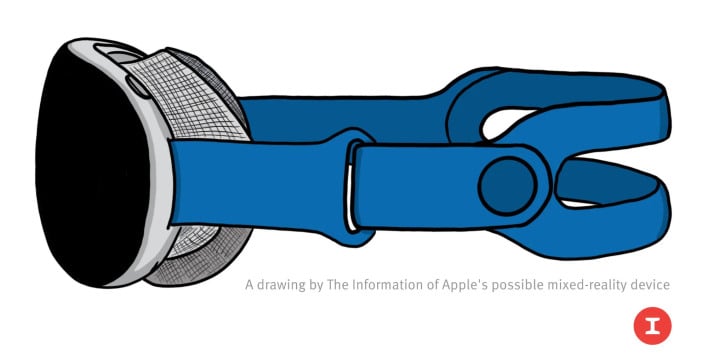 A new report from The Information has a source who claims that this device could come equipped with 8K displays, and eye-tracking technology for foveated rendering. The publication's unnamed source further explained that the device would have “more than a dozen cameras for tracking hand movements and showing video of the real world to people wearing it.” This technology is not cheap, though, and as such, the source claimed the product could come with an eye-watering price tag of $3,000.

Ultimately, this product will likely be exclusive to large companies or, as mentioned, development studios with that high price point. It would enter the market pitted against the similarly priced, yet now aging Microsoft HoloLens 2. However, we will have to see how this true information is, because a device like this could shake up AR and VR as we know it. In any case, let us know what you think of a device like this in the comments below and if Apple could make VR and AR mainstream with a cheaper headset in the future.